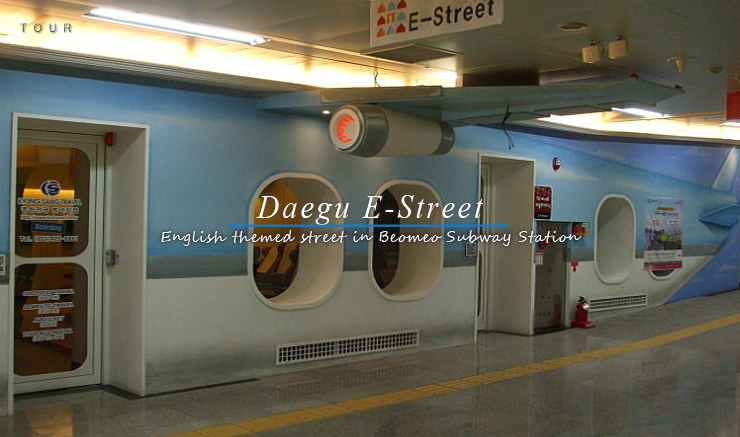 
Recently Daegu city announced the launch of E-Street, an English themed street in Beomeo Subway. The purpose of this street was to have a community of English speaking establishments for foreigners. Each place was to have one fluent English speaking person onsite. While it was a unique concept, it hasn’t quite taken off as planned. 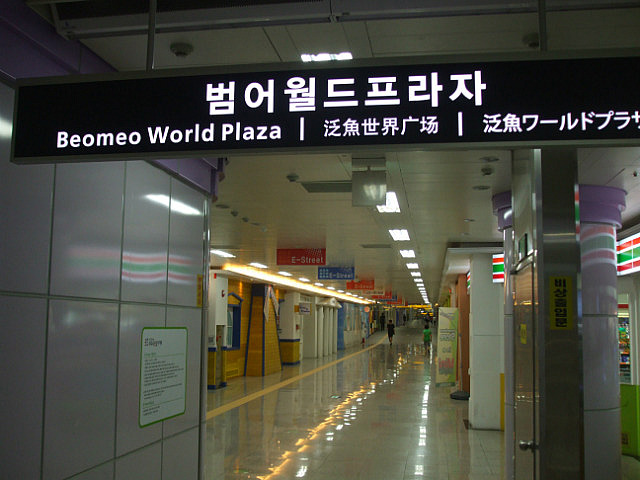 Beomeo World Plaza as it’s called is easy to reach in the underground concourse level of Beomeo Subway station on line 2. Then it has another name called E-Street so I think they should just stick to one. 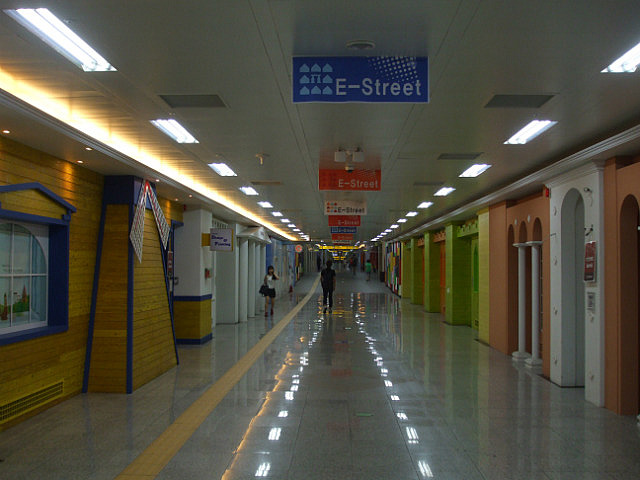 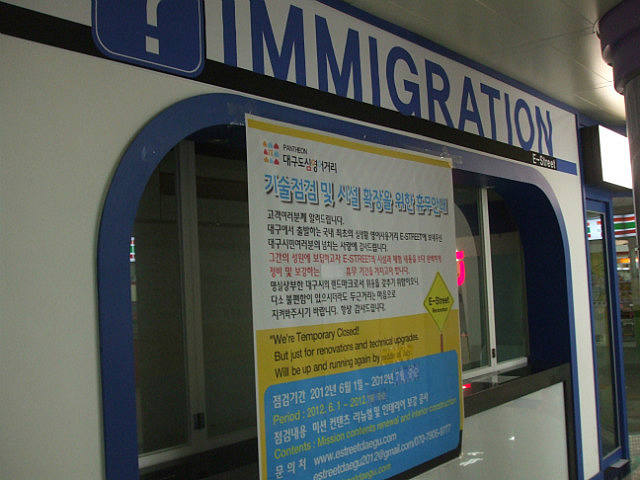 The stretch of the underground walkway is colorfully made up as each store has its own architecture. At the start was an immigration office though I'm not sure what purpose it served. It was a vacant unit anyway. 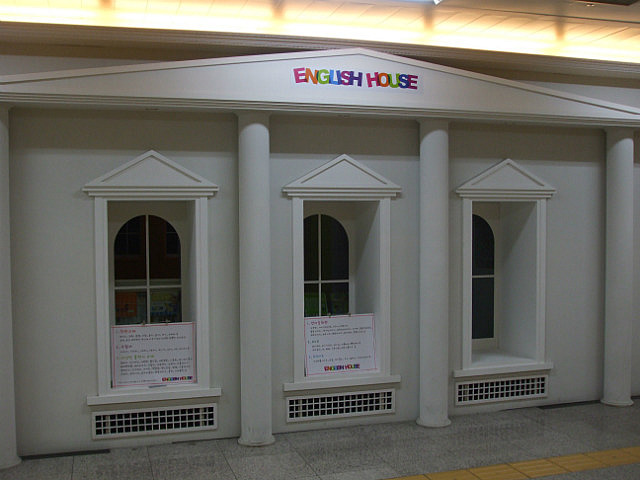 There was a windmill photo studio and a children’s English academy. 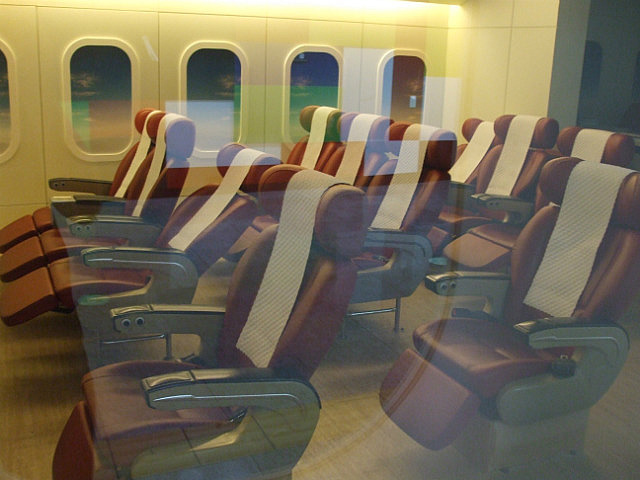 Everyone’s favorite must probably be the travel agency. Not only is the outside painted to look like an airplane with a small wing sticking out to one side, but the inside has rows of airplane style reclining chairs. I'm not sure if they do presentations or run classes to determine the purpose of all these chairs. 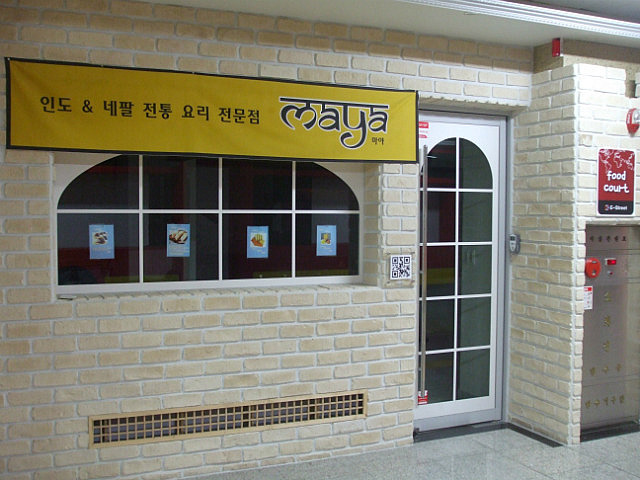 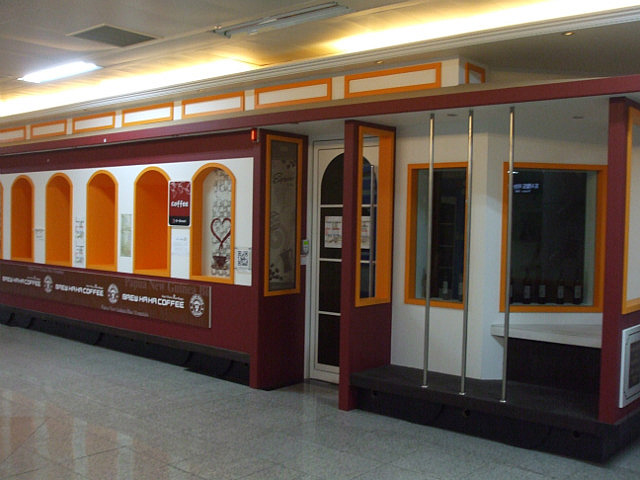 Popular Indian restaurant Maya has opened a second branch from their original Kyunpook University location. There is a big red bus though I'm not sure what it is, and another coffee shop made out like a historic streetcar with upright rails outside.


Most of the units appeared to be vacant so despite the big launch, it doesn’t yet have full occupancy. Many foreigners excitedly head over only to discover there isn’t really anything there except the travel agency and a couple of others.


It’s nice to walk thru but they need to work on attracting tenants and generating retail traffic. Perhaps English services for foreigners could be a doctor, dentist, and eye doctor. Maybe also a goverment information desk for common questions about pension, immigration and visas. The city of Daegu could also have a tourism info booth. Also a hair salon for men and women, and a real estate office that has citywide rentals. Even like the 'English Villages' they could have a bank and post office, although this would only encourage foreigners not to learn Korean


Other ways to attract traffic would be to hold events such as local musicians and street theatre groups performing on the small stage. This would also be a way for Korean university students to showcase their talents. 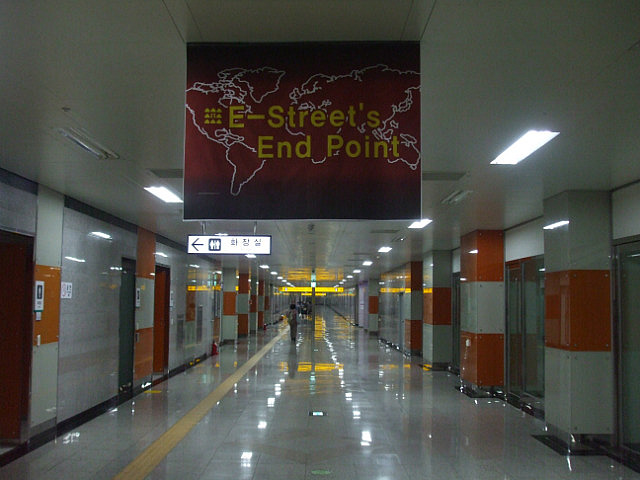 I hope this venture does eventually succeed and doesn’t just end up being a big underground white elephant.