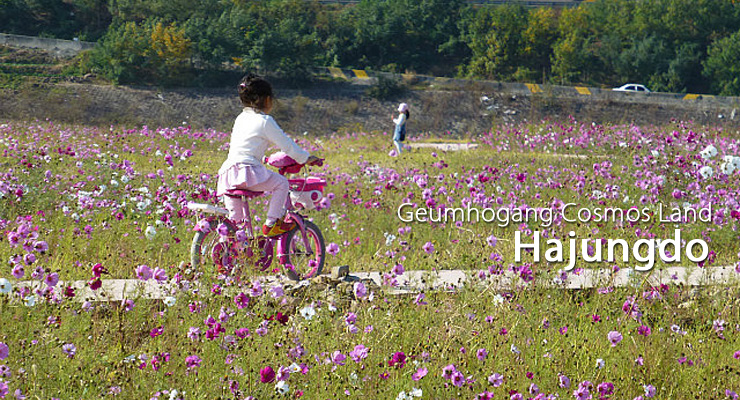 Daegu City continues its river revitalization project converting neglected riverside space into city parkland. The riverbanks previously used as vegetable plots along the highway have been converted into a citywide biking trail along the Geumhogang. The next phase involves taking over large open spaces by the river and converting them to recreational space. 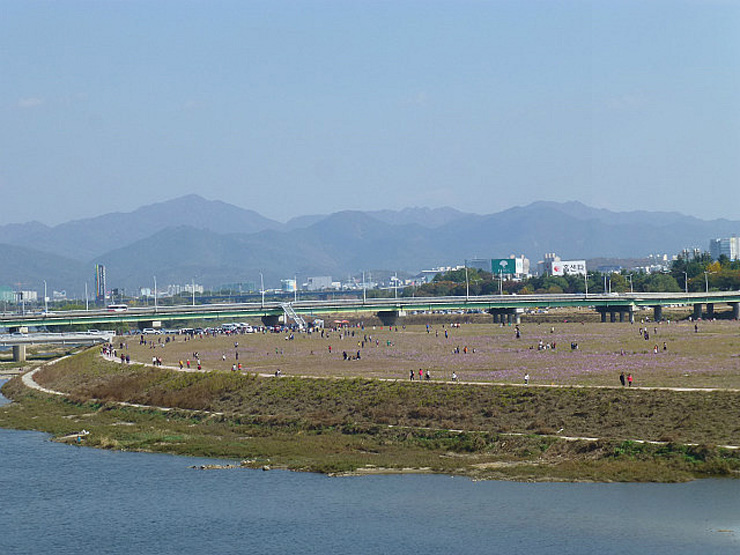 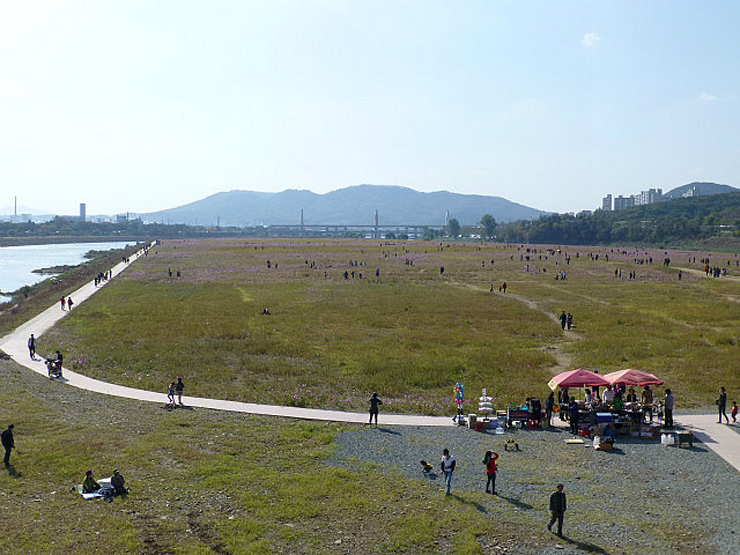 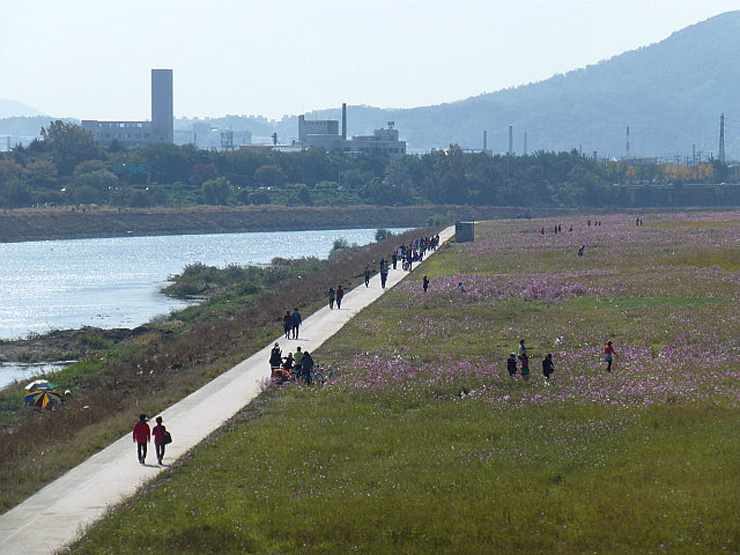 A newly opened island park by the paldal bridge provides a refreshing new open space in the heart of the city. It has instantly become a popular destination for locals with a breathtaking meadow of flowers.

As you pass over the paldal bridge and head south from Chilgok into Daegu City the large river island is visible. However access is only possible from the next bridge over heading to Nogok-dong. 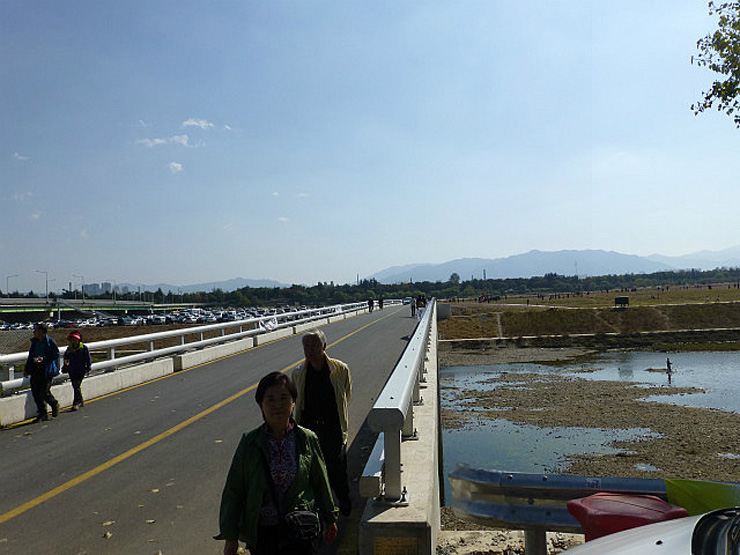 In the past this was used for agriculture but I lately started noticing lots of people in the evenings from the bus as it would cross the paldal bridge. I thought they were just harvesting something but when I was biking along the Geumhogang on the weekend I discovered the bridge with access to the island and noticed lots of families heading over. 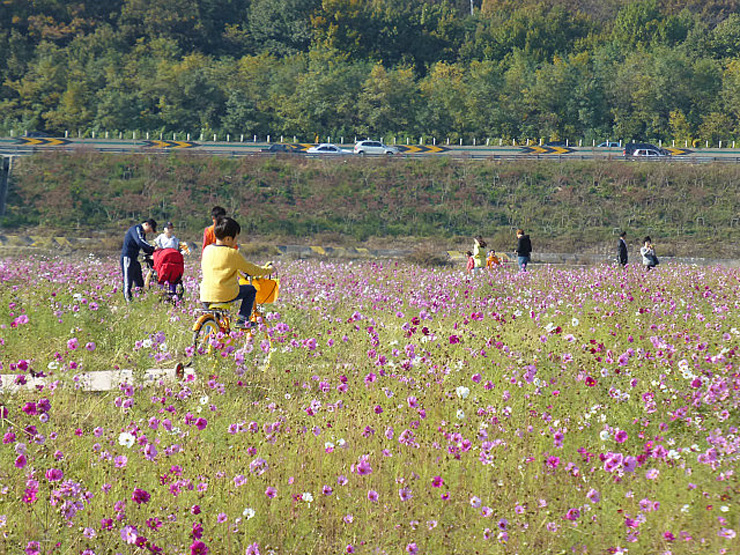 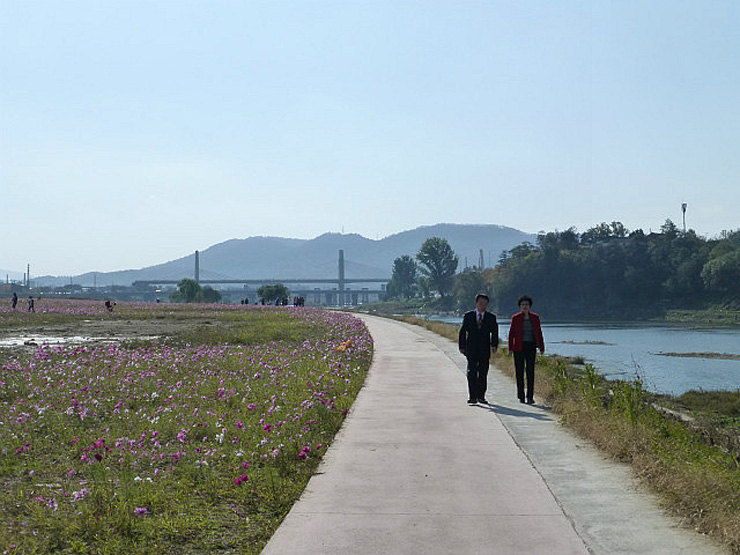 The island is now ringed by a walking and bike trail which is also used by people fishing. It had a bit of a fairground feel as I reached the island as it was bustling with many families with infants and children on bikes. 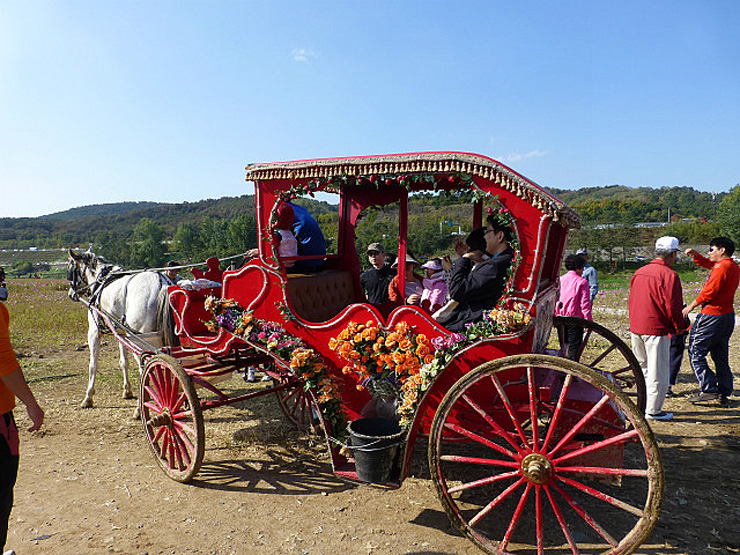 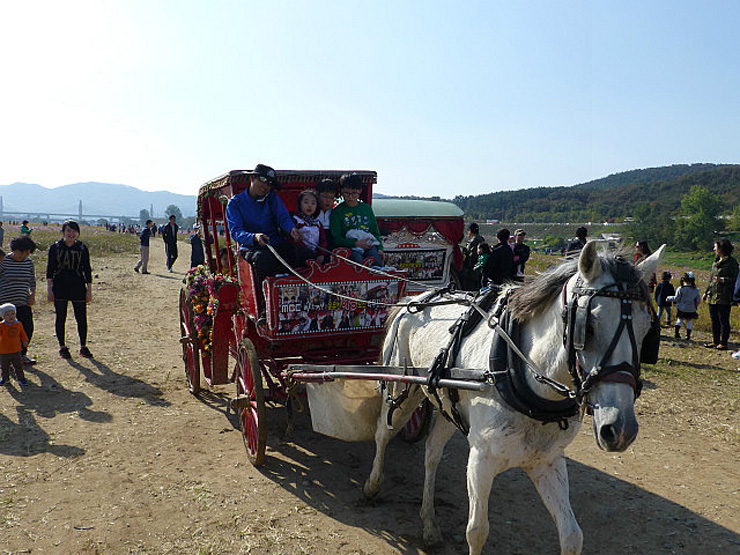 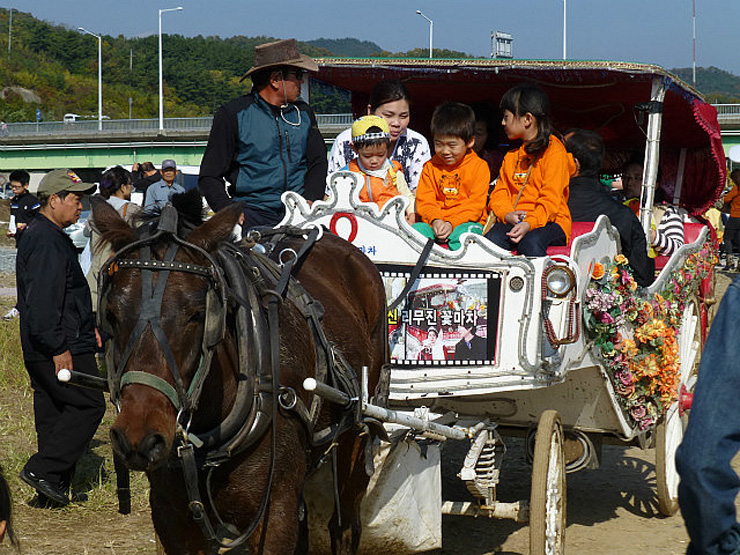 Also amazingly there were several horse and buggy rides. The carts were colourfully decorated with many flowers and their bells could be heard ringing across the island as the horses galloped along. 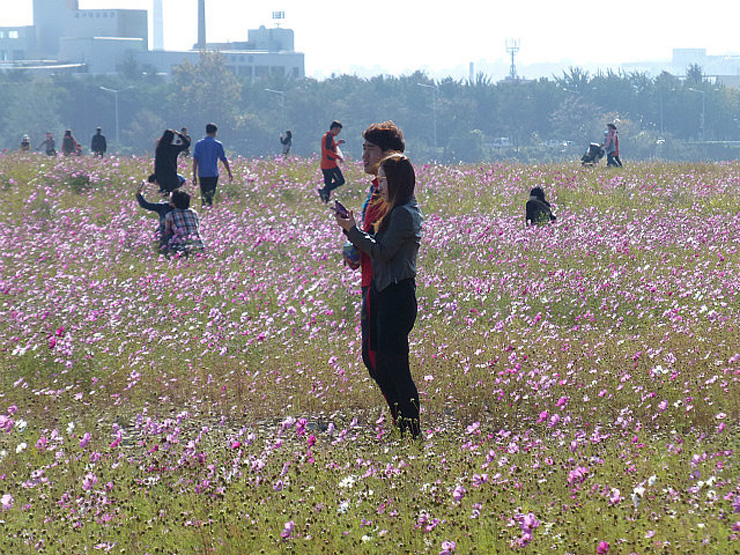 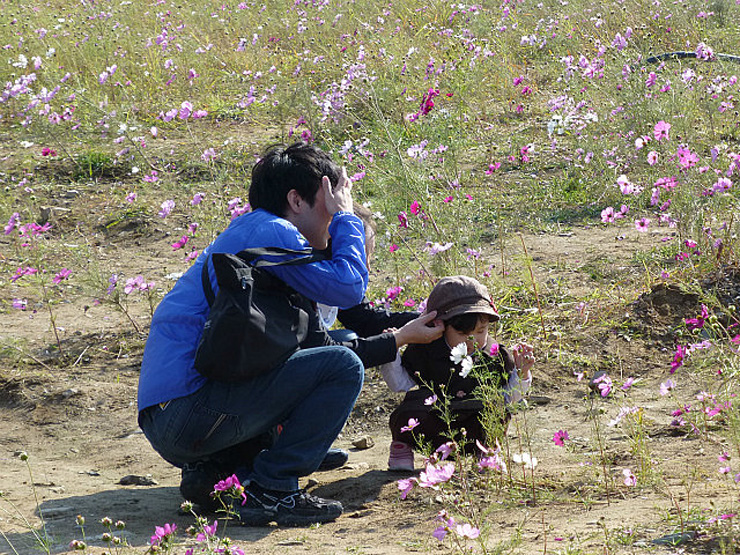 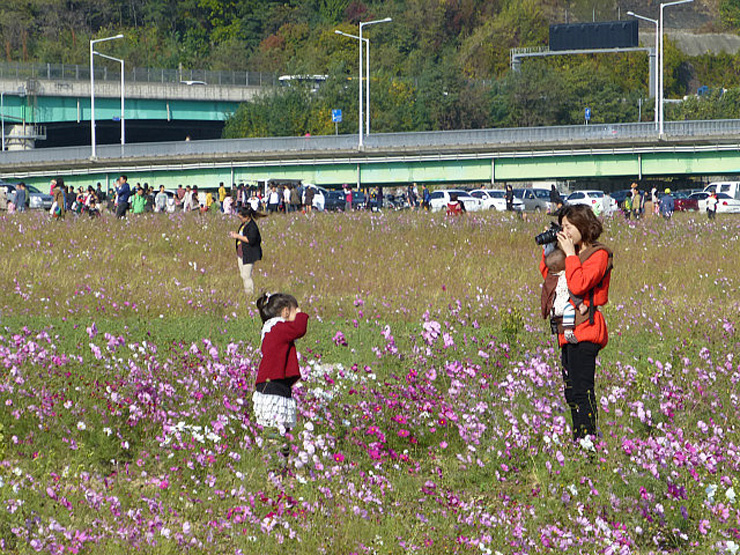 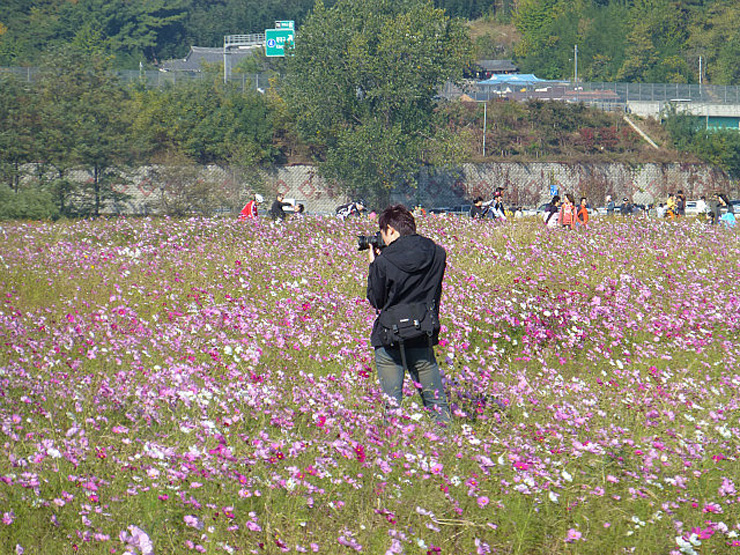 The rest of the island has been turned into a giant flower field. There is a meadow of pink flowers in full bloom making for many wonderful photographs stretching across the horizon. Many Daegu residents from the very young to old were out making the most of this experience. 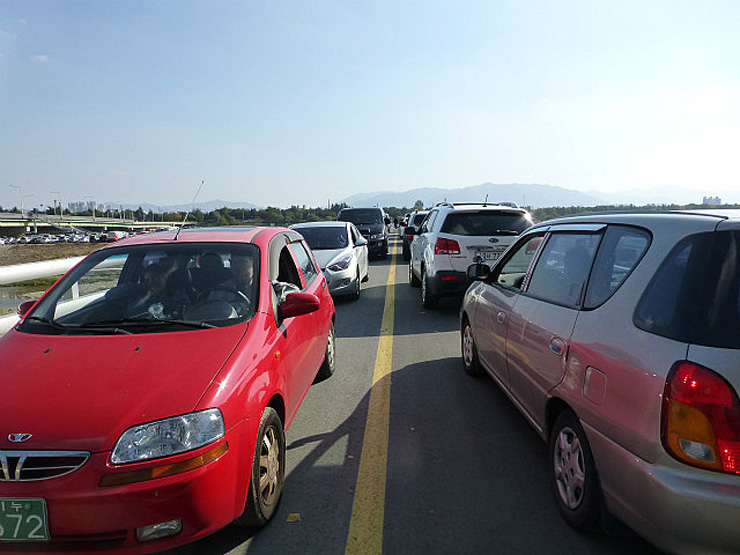 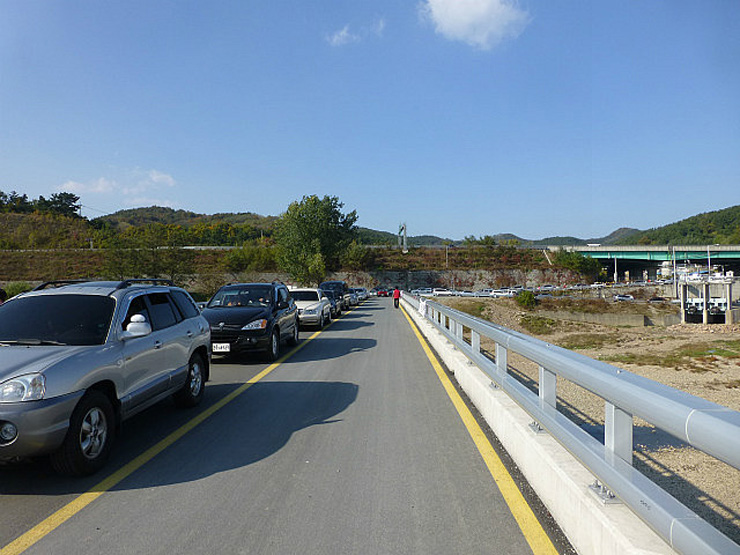 Vehicle access onto the island can be a bit tricky. Traffic was backed up getting on and off the island due to volume and limited capacity of the island parking lot. It may be best to park off the island or come by bike or foot. 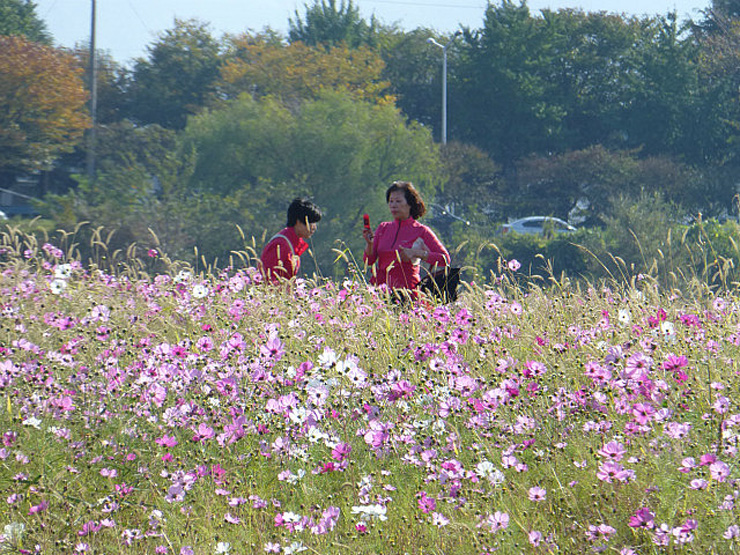 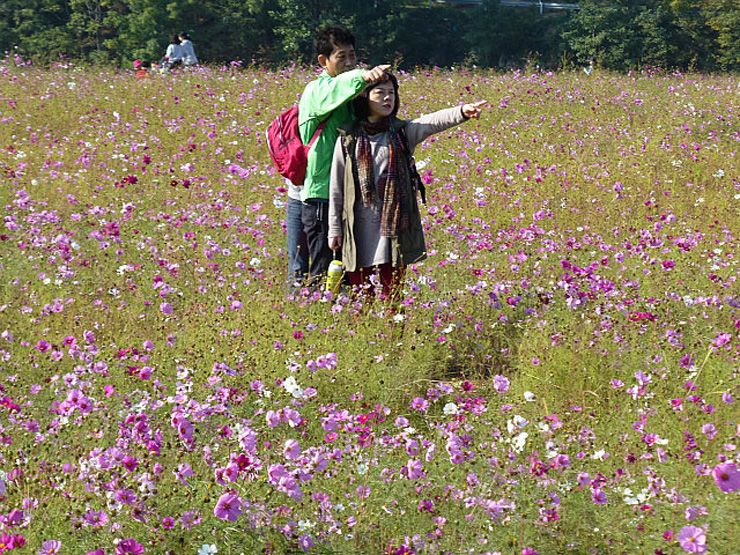 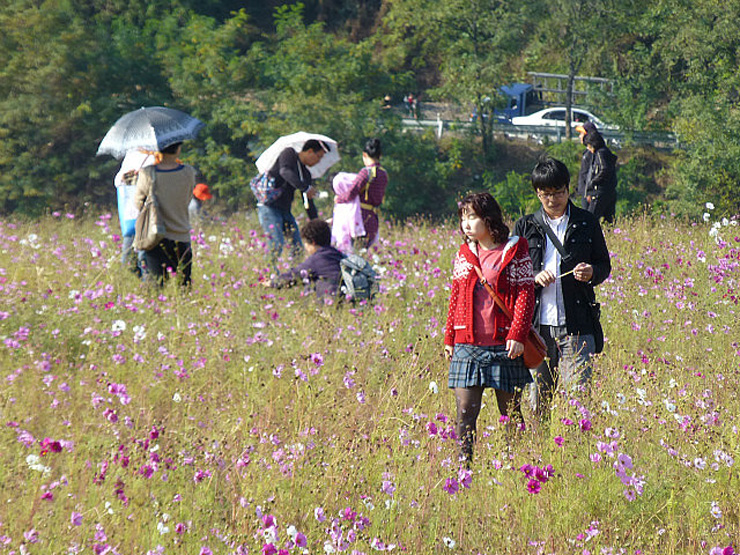 The only bridge to the island is from the east end at the Nogok-dong bridge, not from the Paldal bridge. It would be nice if another pedestrian bridge closer to the paldal bridge were built linking it to the biking trail on the south side of the geumhogang river which has also become quite popular.

As colder weather approaches it would be best to make the most of the meadow of flowers before they die out. 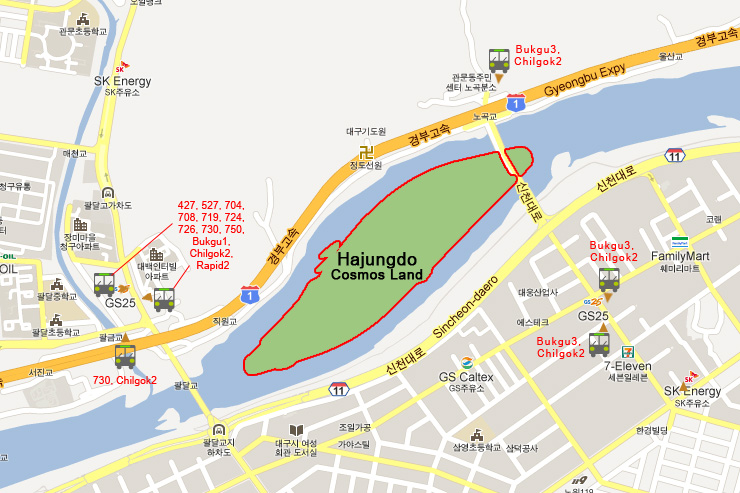