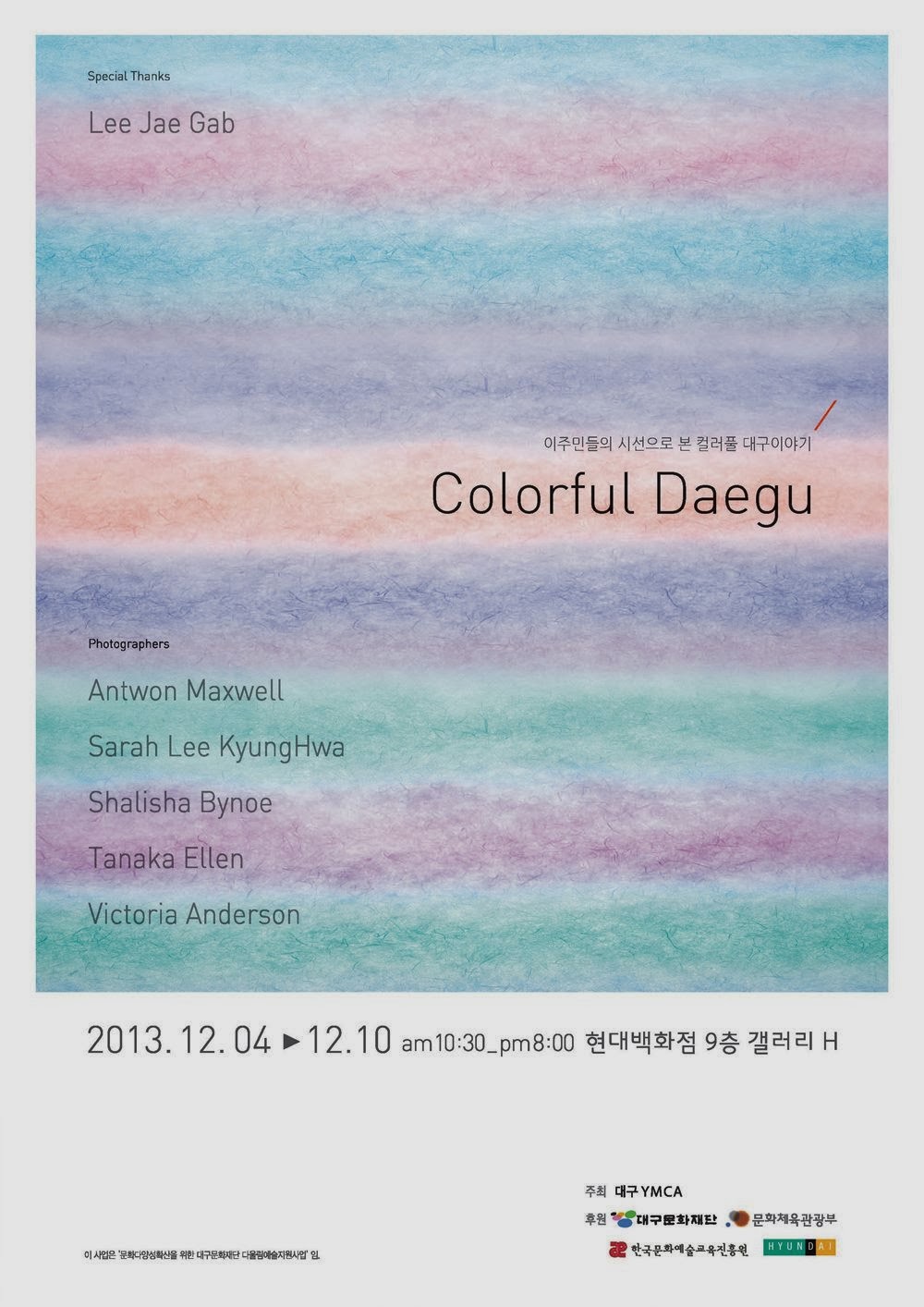 From December 4th through the 11th, Gallery H on the 9th floor of Hyundai Department Store will be hosting “Colorful Daegu”, an exhibit showcasing the photographic talent of some Daegu expats. This exhibit wouldn’t have been possible without the partnership between the Daegu Culture Foundation and the YMCA. The Daegu Culture Foundation partnered with YMCA because they wanted to create a program that would benefit the expat community. Last year, the foundation partnered with the Daegu Theater Troupe and helped fund and bring to the stage, “Alice in Americaland”. Through that process EJ Koo, the Social Education Team Director of the Daegu YMCA, met some very talented people that showed an interest in photography and thus the idea of an art exhibit was born. 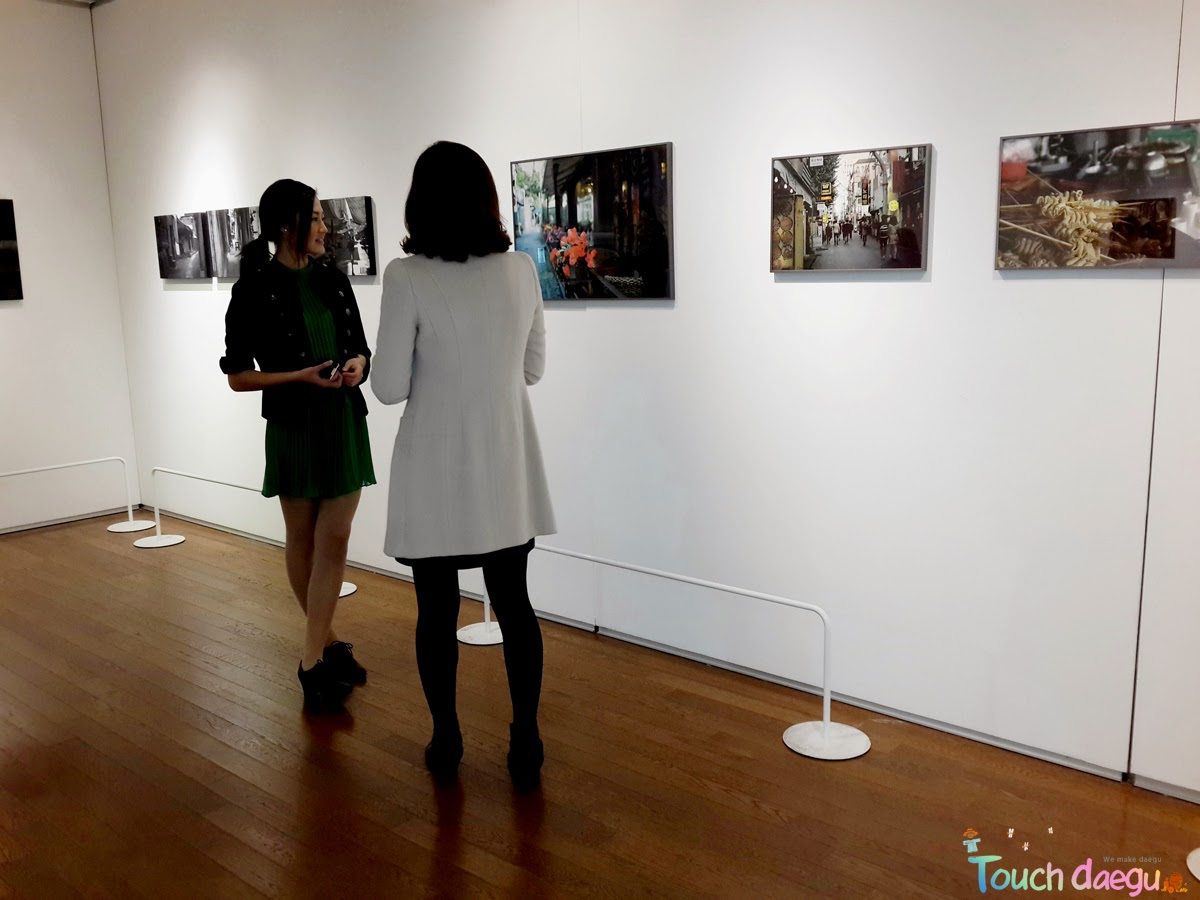 When YMCA approached the artists, they also sought the help of Lee Jae Gab, a Daegu native, who now works as a professional documentary photographer for the city of Seoul. They wanted a professional to help guide the expat photographers to challenge them and bring a sense of cohesiveness to the project. Meeting on various Saturdays to discuss the project and the process, the theme of “Colorful Daegu” emerged. The challenge for the artists was finding the balance between color and showcasing Daegu itself.

1) This exhibit was about being an immigrant in Korea, and specifically living here in Daegu. How did you prepare for this show?

Antwon: Preparing for the show was not difficult but required some free time to travel around Daegu and capture images of alleys and markets. I spent most evenings and weekends photographing different areas trying to capture what most immigrants would not see.

Ellen: When I first moved to Daegu after getting married to my Korean husband, I found joy in the fabric market. I am into crafts and would often visit. The colors were so bright, and my homesickness would go away. With time I learned that each shop had its own personality. I found it interesting to see how the owners showed their personality through their displays. When the project came up, I knew this was the perfect place to shoot.

Sarah: Well, I’m not specifically an immigrant - but, I grew up overseas ever since I was in grade school and I think that makes me sort of a foreigner as well, I got some advice from a professional documentary photographer, my mom and one of the staff from the Y lent me his vintage Pentax camera - which I'm so grateful for.

Shalisha: I honestly didn’t make a set of guidelines to prepare for the show. I just decided to bring myself and my style to the exhibition, and hope that it would be appealing to others.

Victoria: I honestly didn't "prepare" for the show. I've been doing street photography for a number of years. I started in Dublin, then progressed to shooting in London, New York City, Phoenix, and Philadelphia. Adding Daegu to the list was quite natural. I originally shot colourful bright photos, but Mr. Lee Jae Gab liked one of my more mysterious images. He told me to shoot more of that. It was harder to do than I had initially imagined.

2) Forcing you to look closer, what have you discovered about Daegu that most people might miss or you may have initially missed?

Antwon: The one thing that I think most of us would miss is that there are a lot of homes in alleys. You drive or walk by and from the street all we see are alleys but when you actually walk in, you will notice plenty of homes, plants and life there.

Ellen: The ajummas, they are strong, vigorous, cheerful and strong while they work at the market. My first impression was that they were very strong. As I got to know them, there was a softer side to their personality not many people see. I want to be like them.

Sarah: That the little things count, they really do.

Shalisha: I have discovered that there is hidden beauty within Daegu. I have learned that even the simplest objects can tell a very interesting story. Consider the image that I captured of the street. It is below us, yet no one actually takes the time to look at the contours and colors that it is stained.

Victoria: Daegu has many layers. It some respects it's a vibrant colourful city. There are hidden, off the beaten path alleyways that are intriguing. I was told Daegu has over 1000 alleys. I just want people to really look at their surroundings; things they pass everyday. There is a hidden in plain sight beauty that is everywhere in Daegu.

3) This exhibit has other expats showing their work, all of you are from different backgrounds. What can you be bringing into the mix?

Antwon: Well, because I am the only male of the 5 photographers I think I could bring a little more roughness to the mix. My photos are black and white and show a little more hardness to the alleys and the markets and have more darkness to them. I wanted to show a different side of Colorful Daegu.

Ellen: Most of the other artist, their work has color but a sort of sadness to it. I focused on bringing bright colors, the bright side of Daegu.

Sarah: Like the other photographers, everyone has their uniqueness and a story behind it. My work is about the memories I've had of Daegu when I was a kid, I'd come back for vacations and I wanted to share the differences that I see now compared to then.

Shalisha: What I am bringing to the mix is a new method of manipulating colors shapes and patterns. I have also brought a new perspective on a traveling bride. I have captured what she sees, and placed it in relation to all of the things that surround her.

Victoria: I bring something creepy and mysterious to the mix. I wanted my photos to evoke emotion and reaction. I want the viewer to feel familiar enough with the images, but still feel a bit disconnected.

4) What is your next project and how do we find out more about it?

Antwon: My next project will be to talk with local boutiques in the area and try to photograph their spring collection and possible try to get them published in a few Korean fashion magazines. I can be found on Facebook at dezignsbymaphotography or www.dezignsbymaphotos.com

Ellen: At the moment I don’t have a new project. This is my first exhibit in a few years. I use to do them a lot more a few years back. My husband and I have a photo studio now, so that has been our focus. I am interested in doing another exhibit though.

Sarah:  I've been working on my fashion and travel blog, it will always be my current & future project as I'm very passionate about it and I enjoy writing immensely. You can google my name "Sarah Lee Kyung Hwa" and it'll pop up or click on this link www.atasteofvogue.blogspot.com or my instagram at sarlkh.

Shalisha: I am actually overwhelmed with new projects. I have a second film going in to the preproduction process. In addition to this I have 2 books that I am currently working on. In short, my work is just beginning. www.snartandfilm.com

Victoria: I am always working on something. The Daegu Theatre Troupe keeps me busy with sound and lights. I also write for a few different publications. You can find me at: http://thekalidiaries.blogspot.com 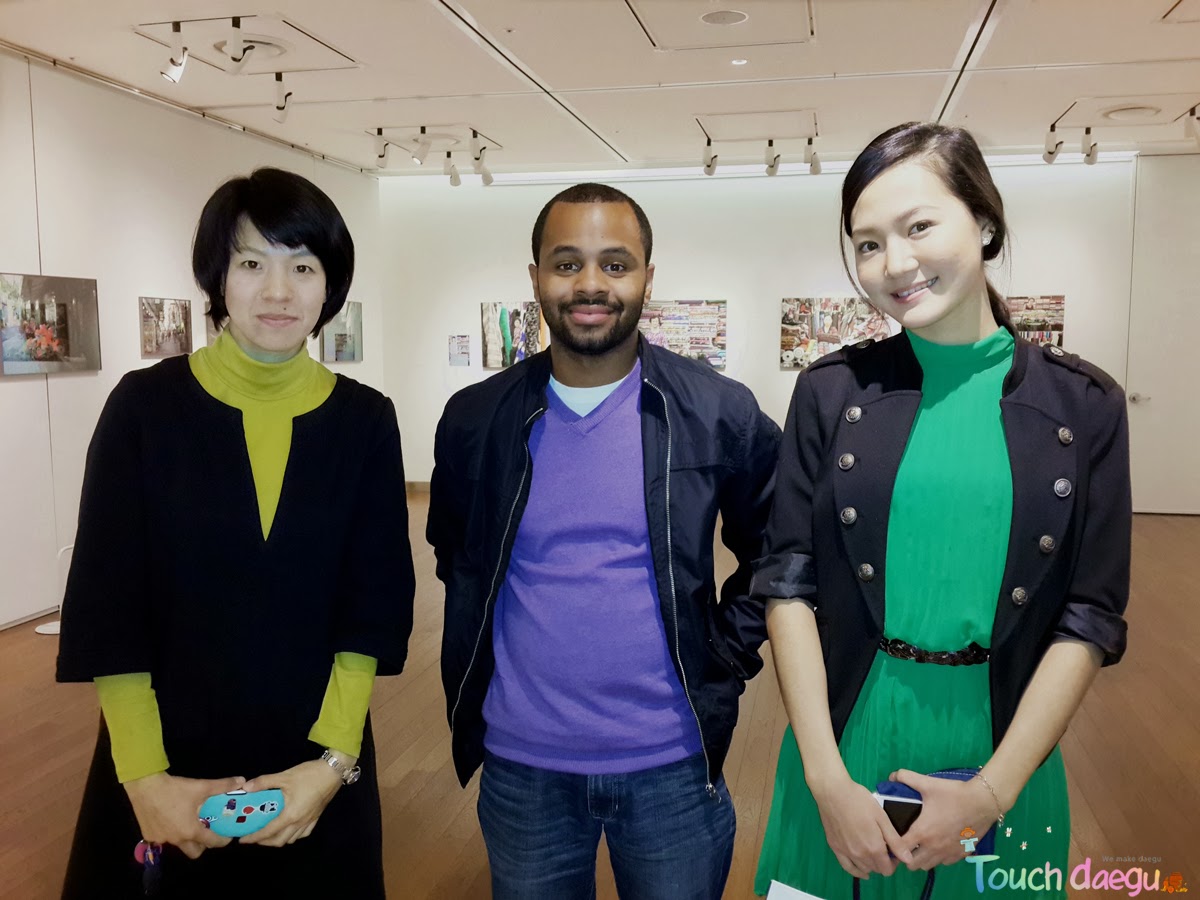