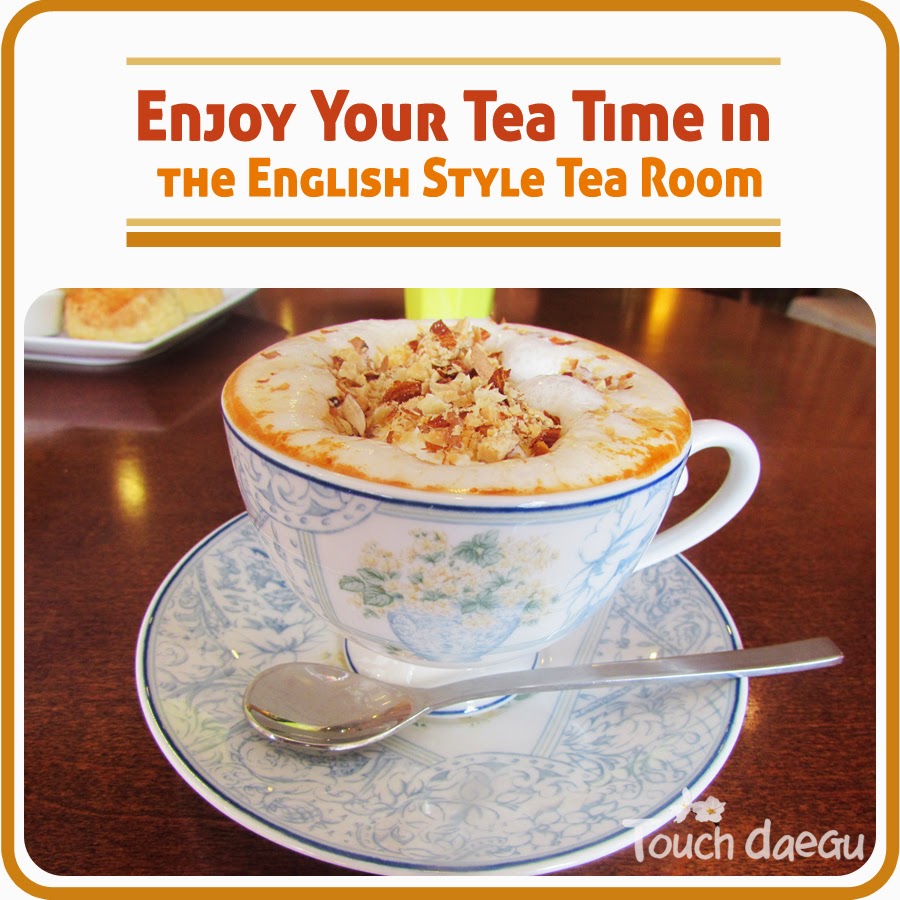 Coffee house culture is alive and kicking in Daegu as privately owned coffee shops and franchises devoted to serving an assortment of espresso and coffee drinks mark mostly every corner throughout the city, especially Downtown. So, imagine my surprise and interest when I stumbled upon an English style tea room offering leafy tea goodness. 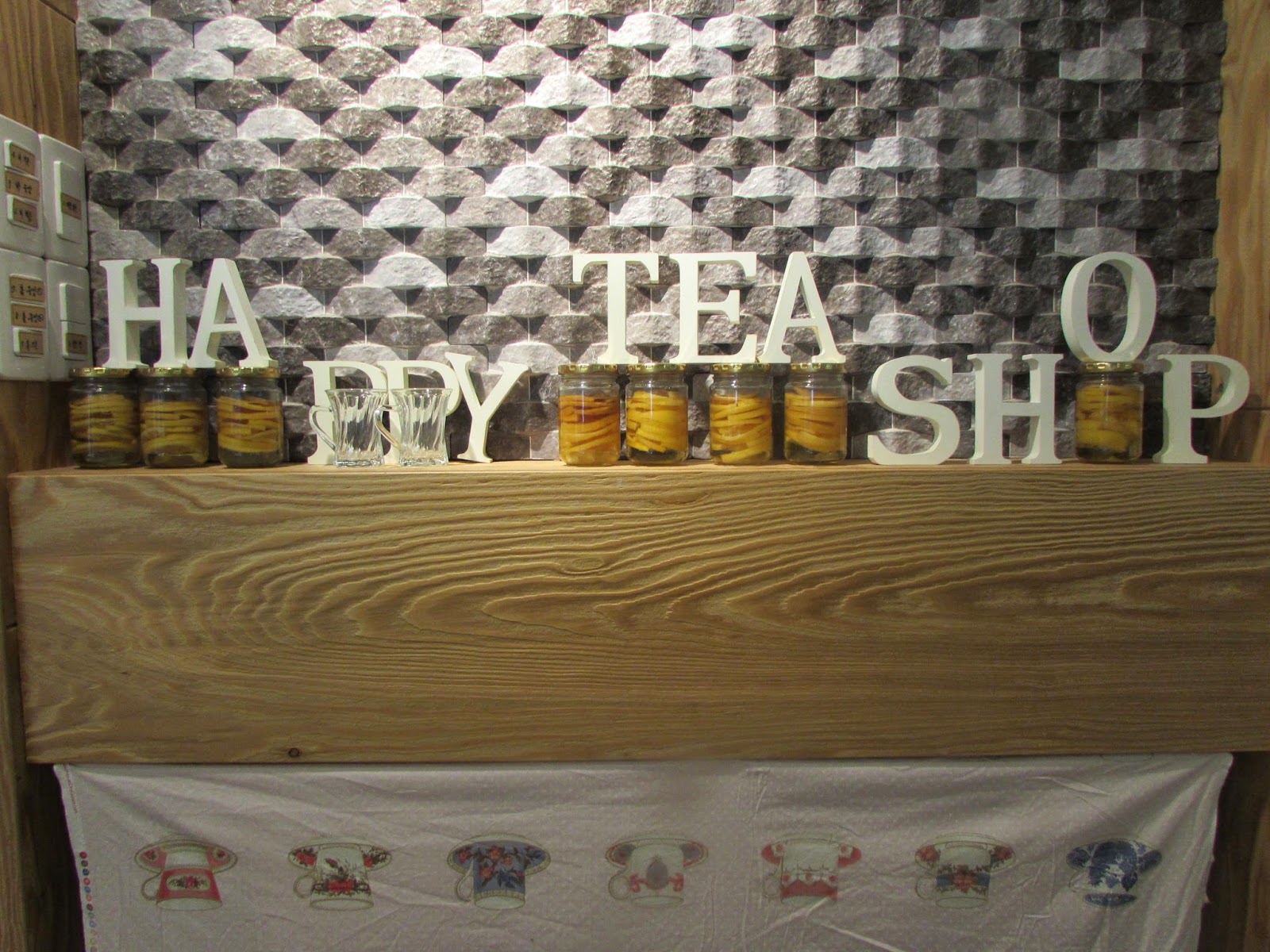 The Happy Tea Shop is located down a quiet street not far from the YMCA, downtown Police Station, and the Yangnyeongsi bus stop (In front of TGI Fridays). I walked into the quiet, serene establishment just before noon on a warm Saturday and was immediately greeted by two cheerful employees. 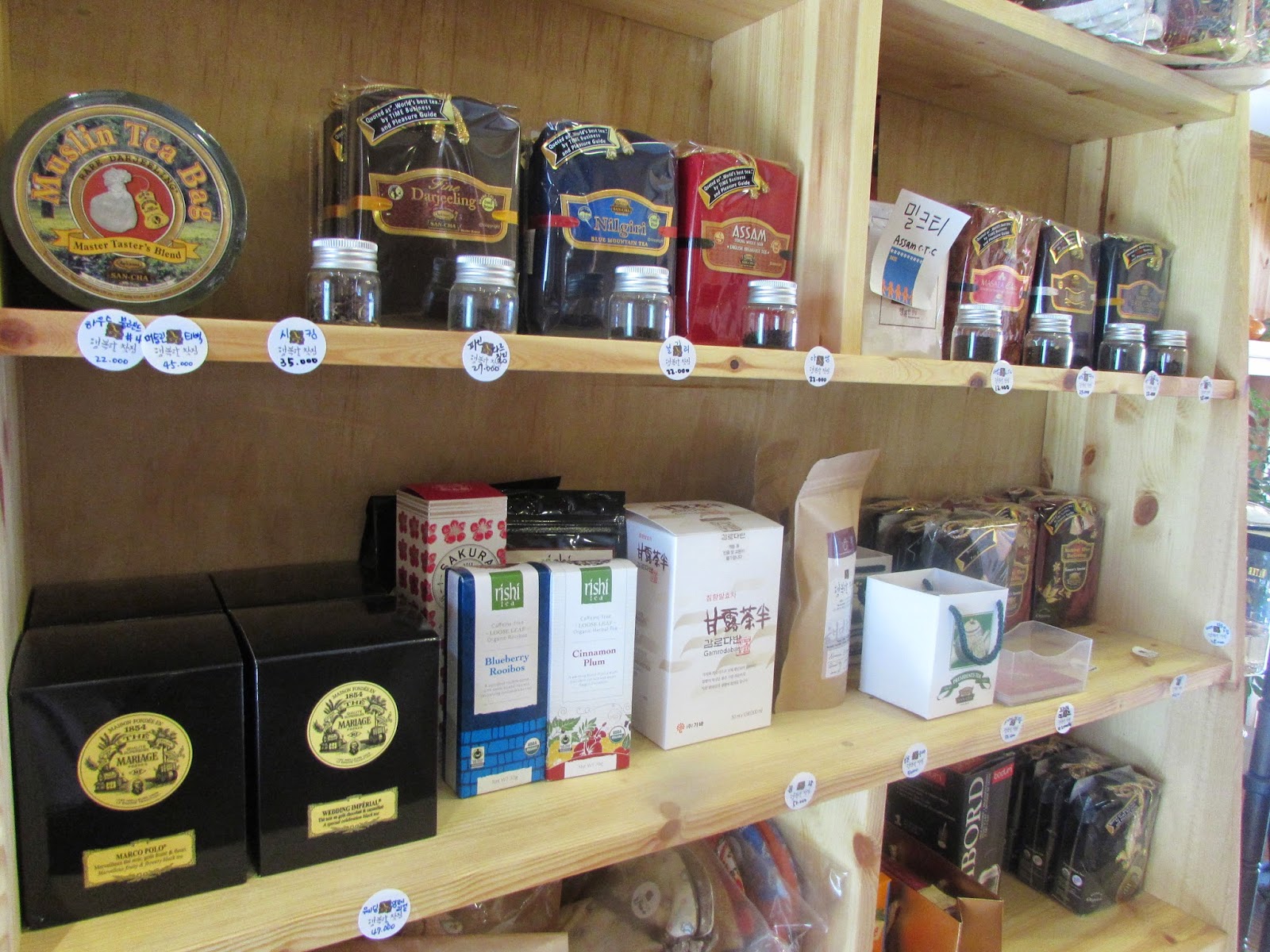 Lining the wall behind the cash register was an assembly of canisters filled with numerous varieties of loose-leaf tea. As a former employee of a café that specializes in Italian espresso and tea, I was filled with excitement as I enthusiastically tried to translate the types tea offered. 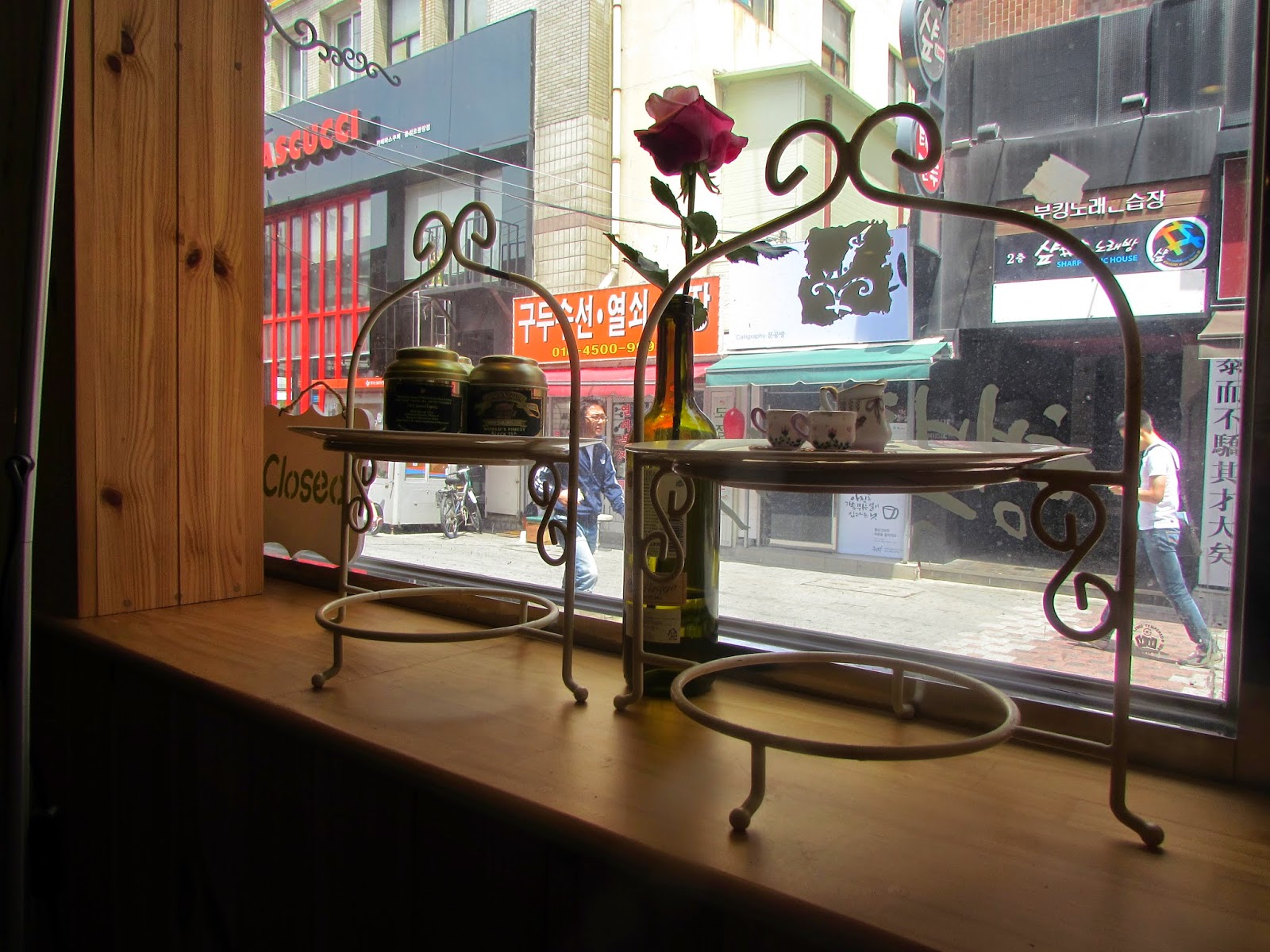 I took a seat at a table near one of the window-lined walls that looking out onto the quiet street. I was promptly handed a menu in English and a glass of water.  At first glance, I found the menu items to be rather steep. However, upon further consideration, I realized the steeply priced teas (8,000-12,000 won) I first noticed are for entire pots of tea, rather than just one cup.

Like a traditional tearoom in the United Kingdom, the Happy Tea Shop specializes in pots of freshly brewed tea and light fare options, making it a perfect place for a peaceful and scrumptious social gathering. There are also options for single cups of tea, of which the prices don’t differ significantly from those you may find at Starbucks or Angel-in-Us. 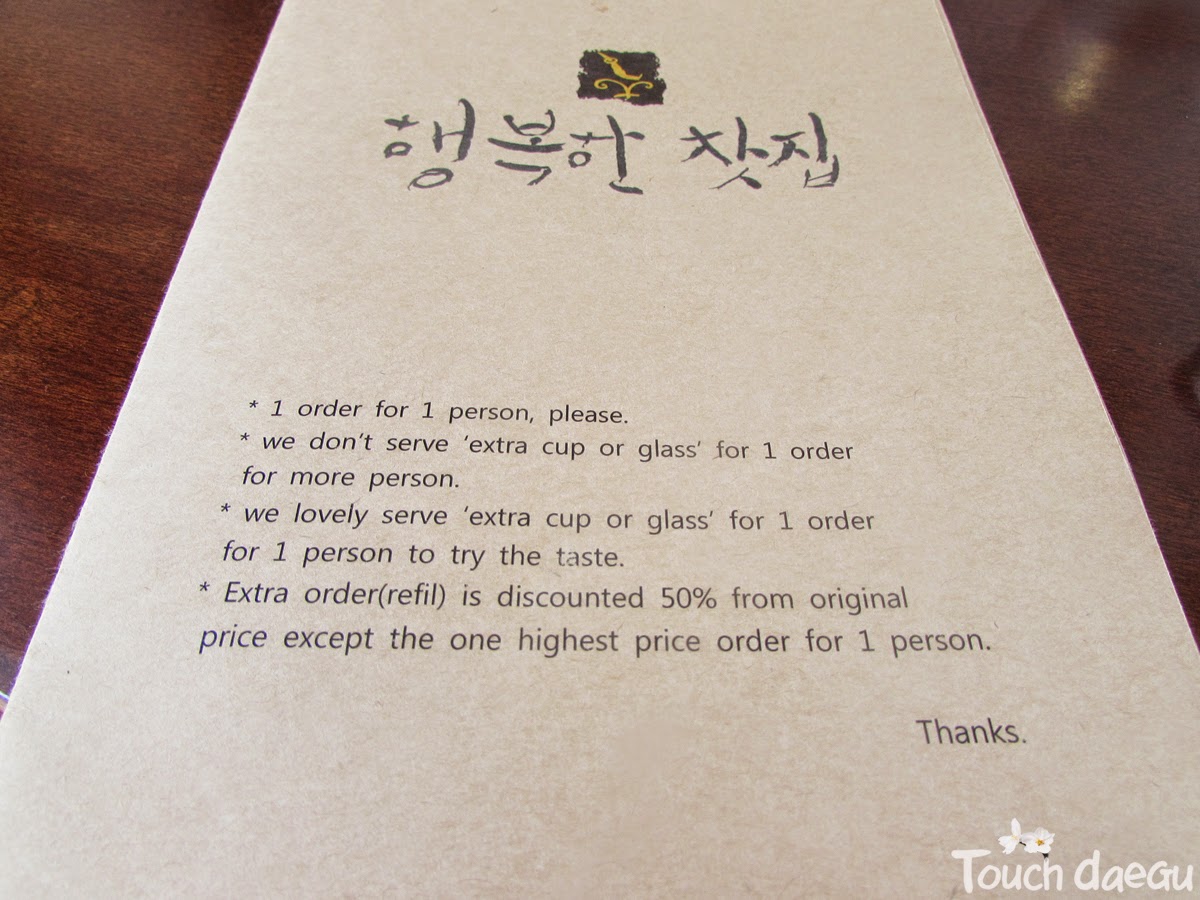 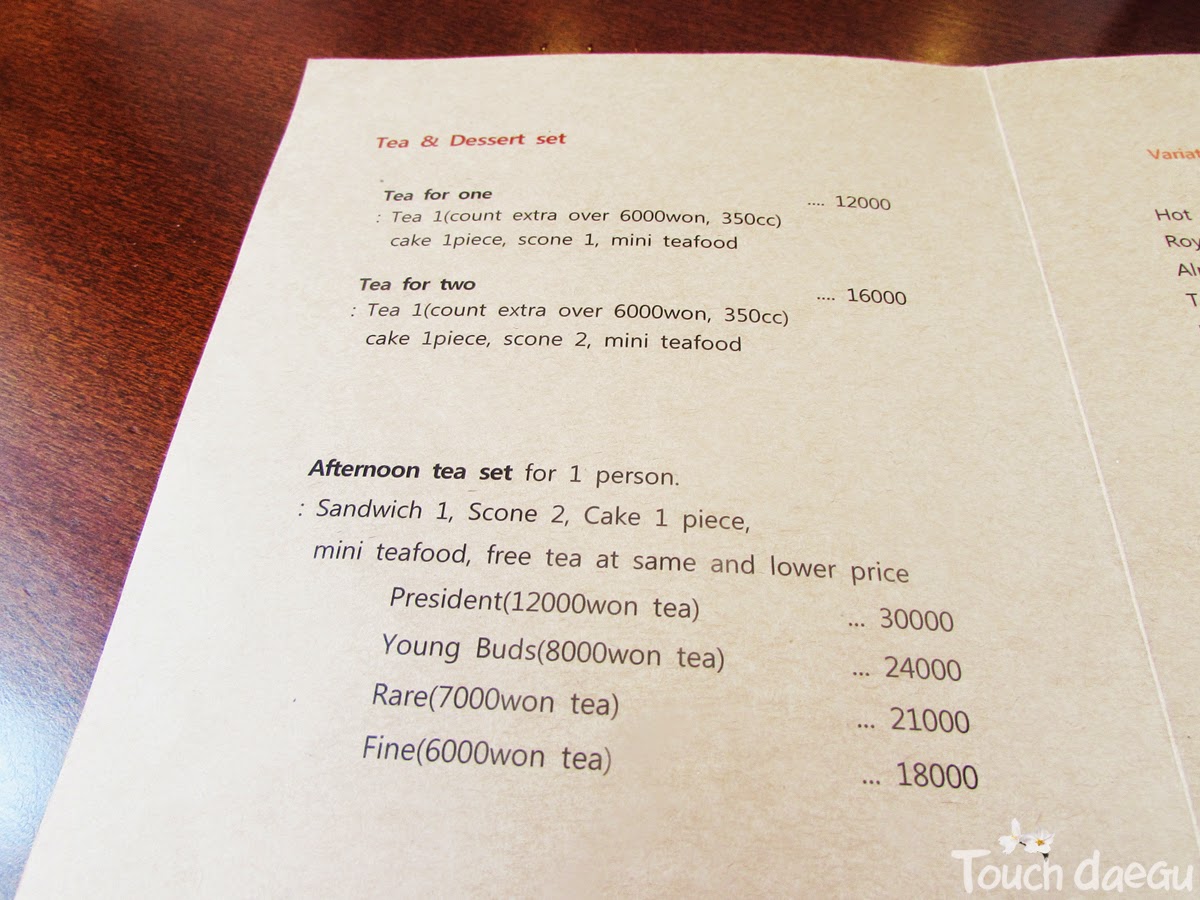 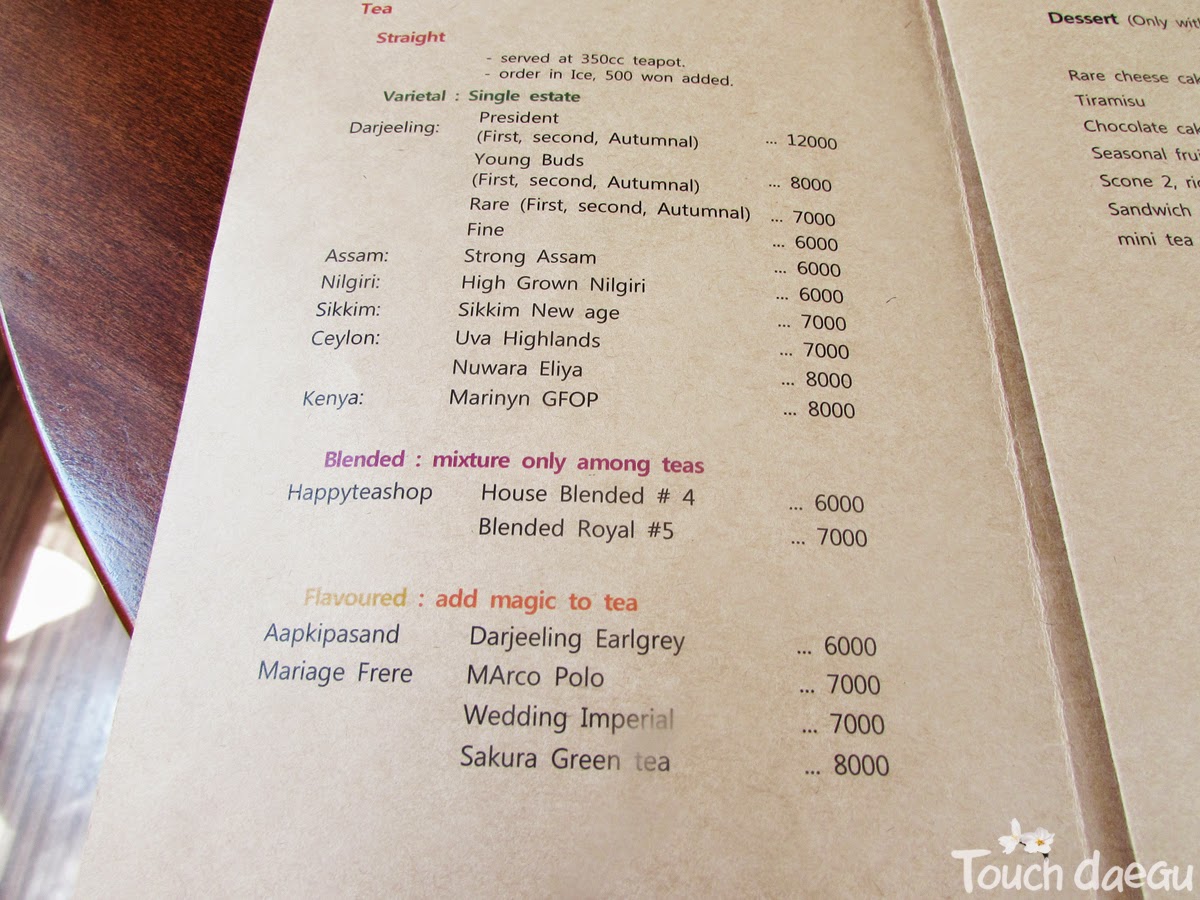 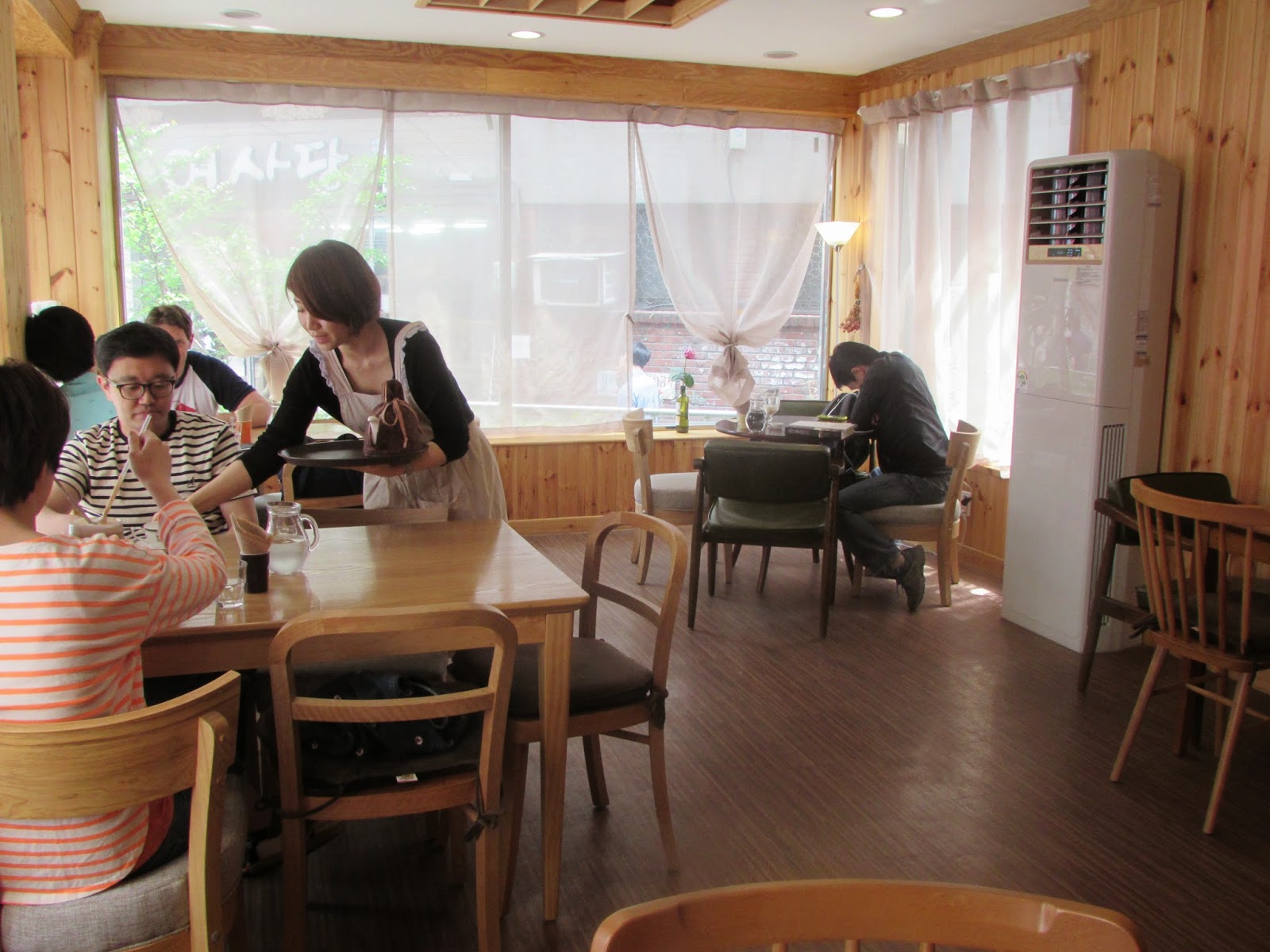 I decided to try the Almond Creme Tea (5,000 won) and the Scones(4,000won) which were served with ricotta cheese and marmalade. As my order was being prepared, I wandered around the two-story building admiring the tranquil atmosphere influenced by light wood paneling reflecting the late morning sunlight and humming classical music. A sign at the entrance read that the shop also caters and has a space for lectures or meetings.

My order was being delivered as I arrived back at my seat. An elegant china teacup with a matching saucer was filled with a mouth-watering, foamy drink. And my nostrils excitedly responded at the scent of the warm scones. 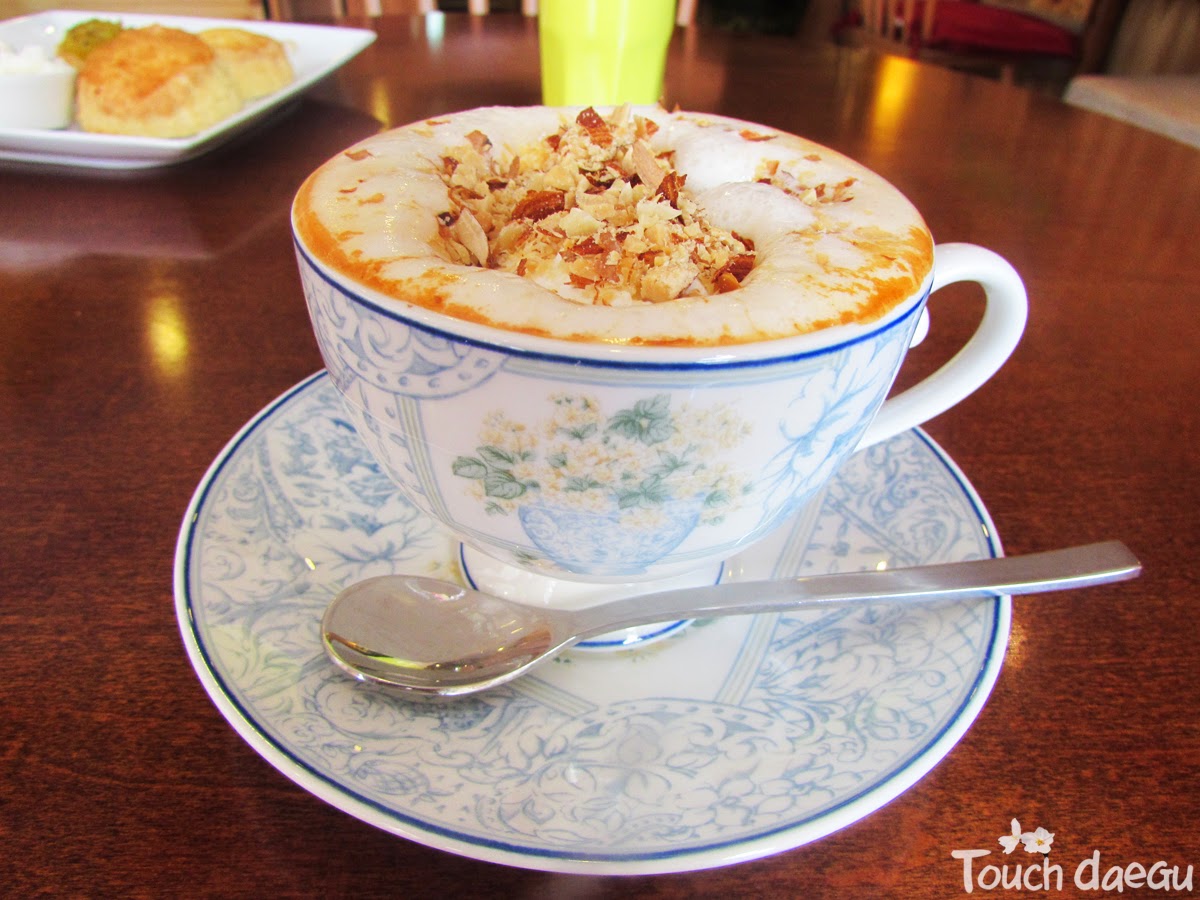 The tea was more than I had bargained for; traditional hot milk tea served with a dollop of whipped cream and thin almond slivers sprinkled on top. It was the perfect blend of bitter sweetness, and provided my taste buds several moments of tasty pleasure. 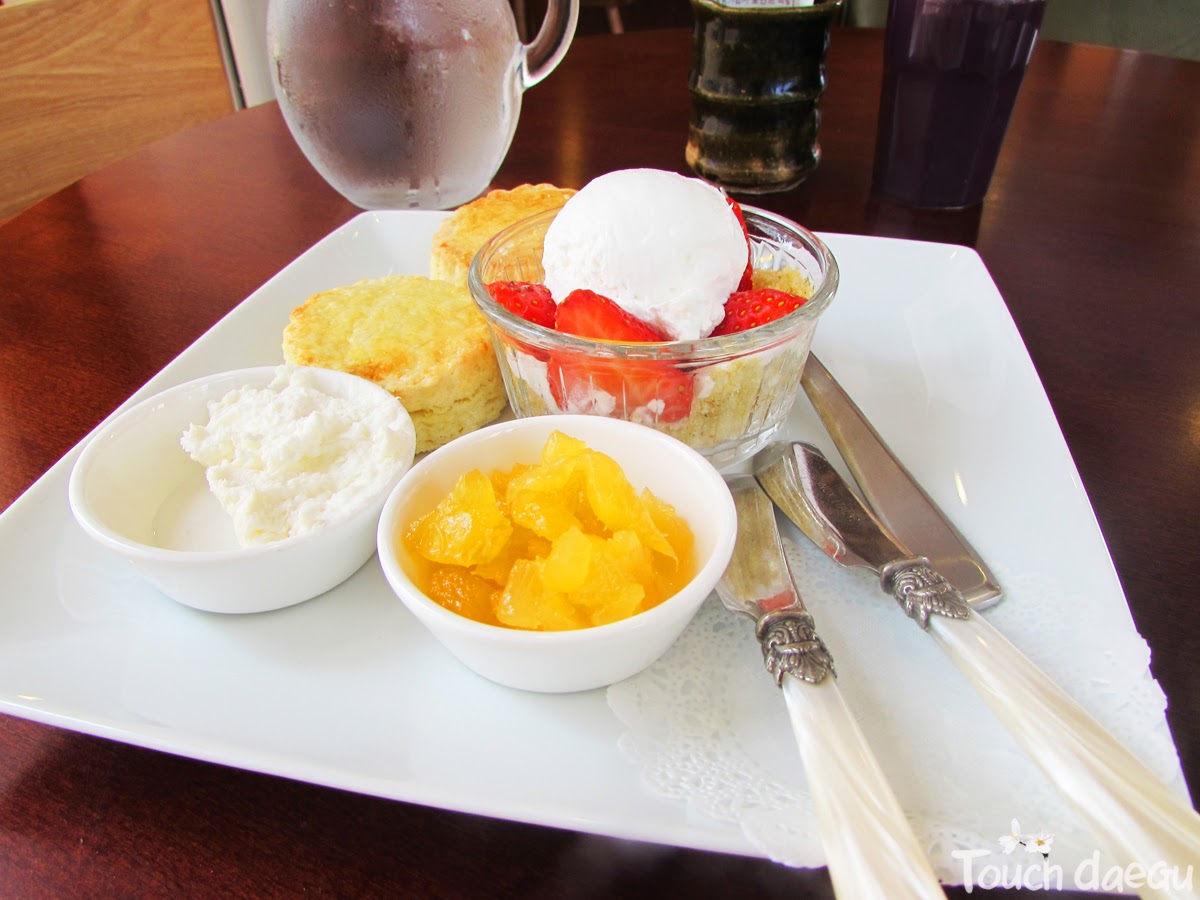 The scones were served with ricotta cheese and a pineapple marmalade, all three of which I later found out were made in house at the shop. The scones were quite small, but they proved to be quite filling paired with the dense, creamy tea. I was also given an extra treat in the form of fresh cut strawberries served over shortbread crumble and whipped cream.

There were several other items on the menu that caught my eye and have left me craving for another visit including homemade Lemon Cider and Tiramisu. Several varieties of loose-leaf tea are also available to purchase for take away. Also, according to the menu, you can receive a discount on take away tea if you bring your own cup (BYOC).

You can easily get to Happy Tea Shop from Bandwoldong exit 12 and 14,or from the Yangnyeongsi bus stop. Their website is www.happyteashop.com.