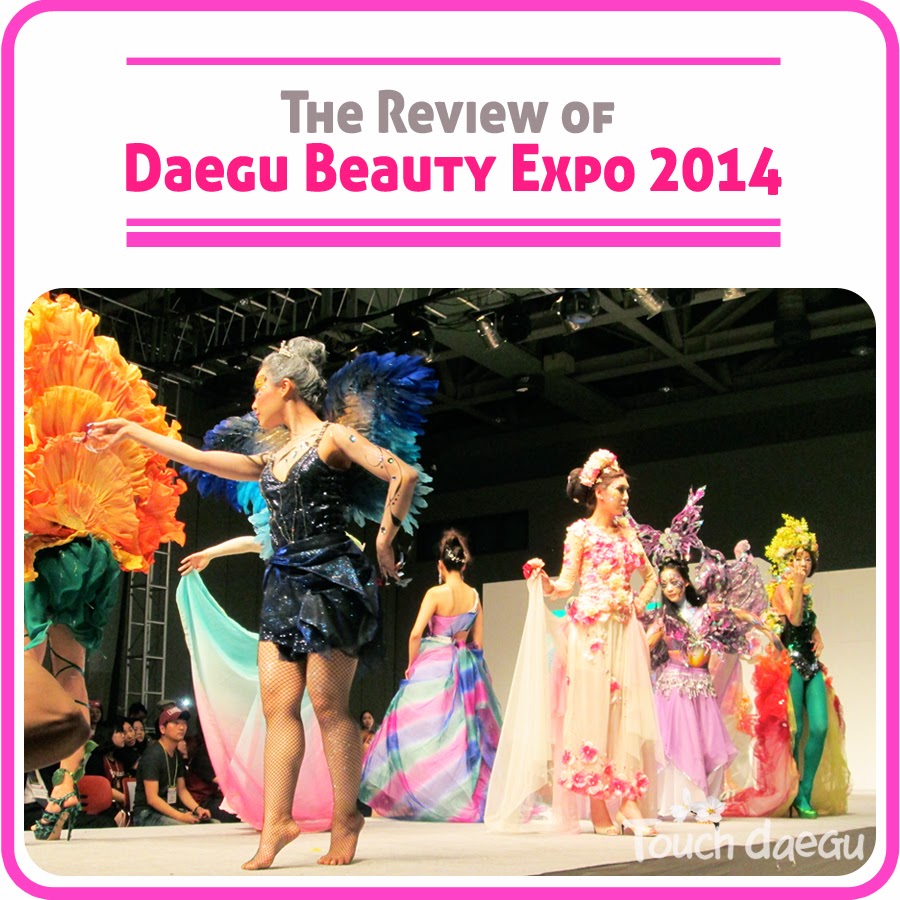 Did you make it to the Daegu Beauty expo last month?! If you didn't, here are some highlights you missed. 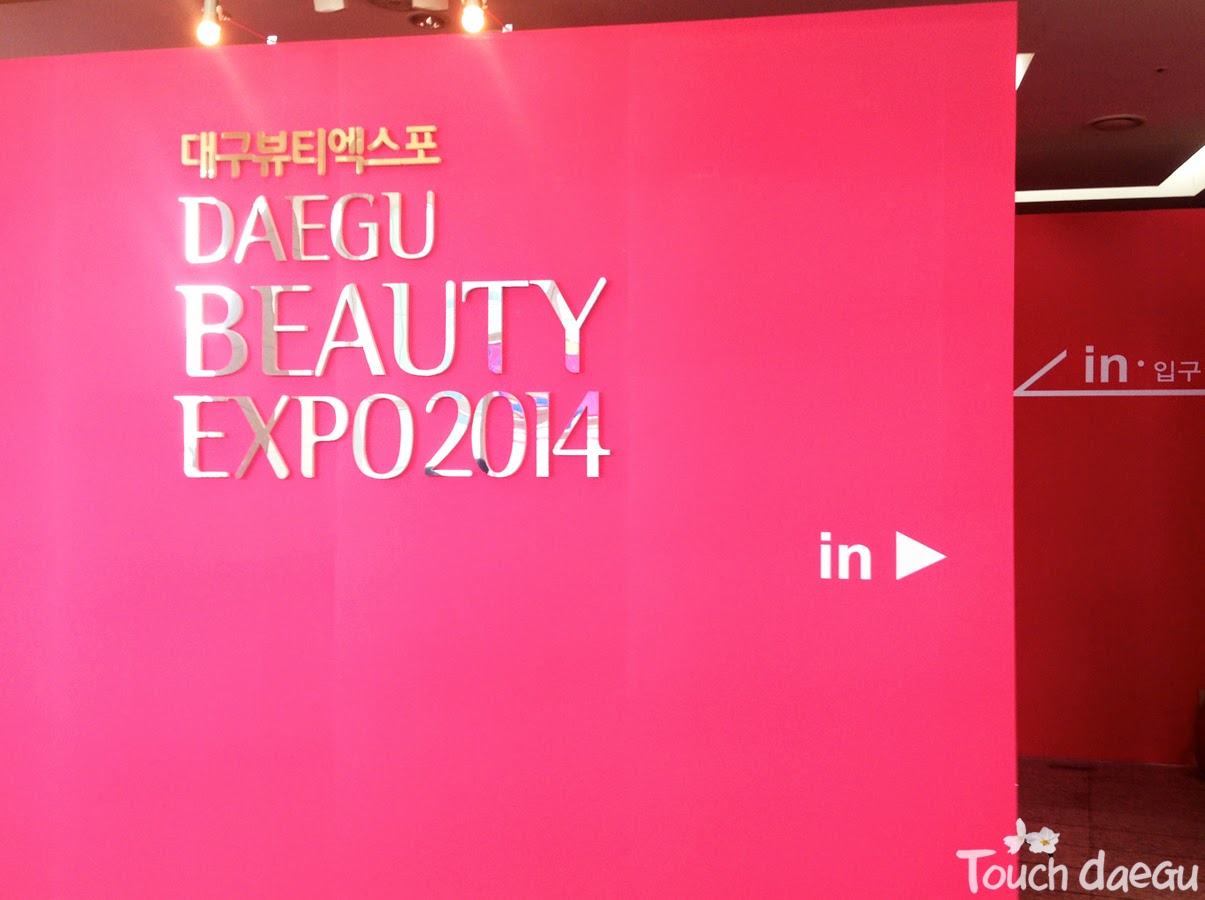 The beauty expo is (as you probably guessed from it's title) an exposition held annually at EXCO to showcase some of Korea's hottest beauty brands, cosmetology schools, and beauty techniques. The exhibition hall was filled with booths from all kinds of vendors, but the focus seemed to be on nail art/nail care and skin care. 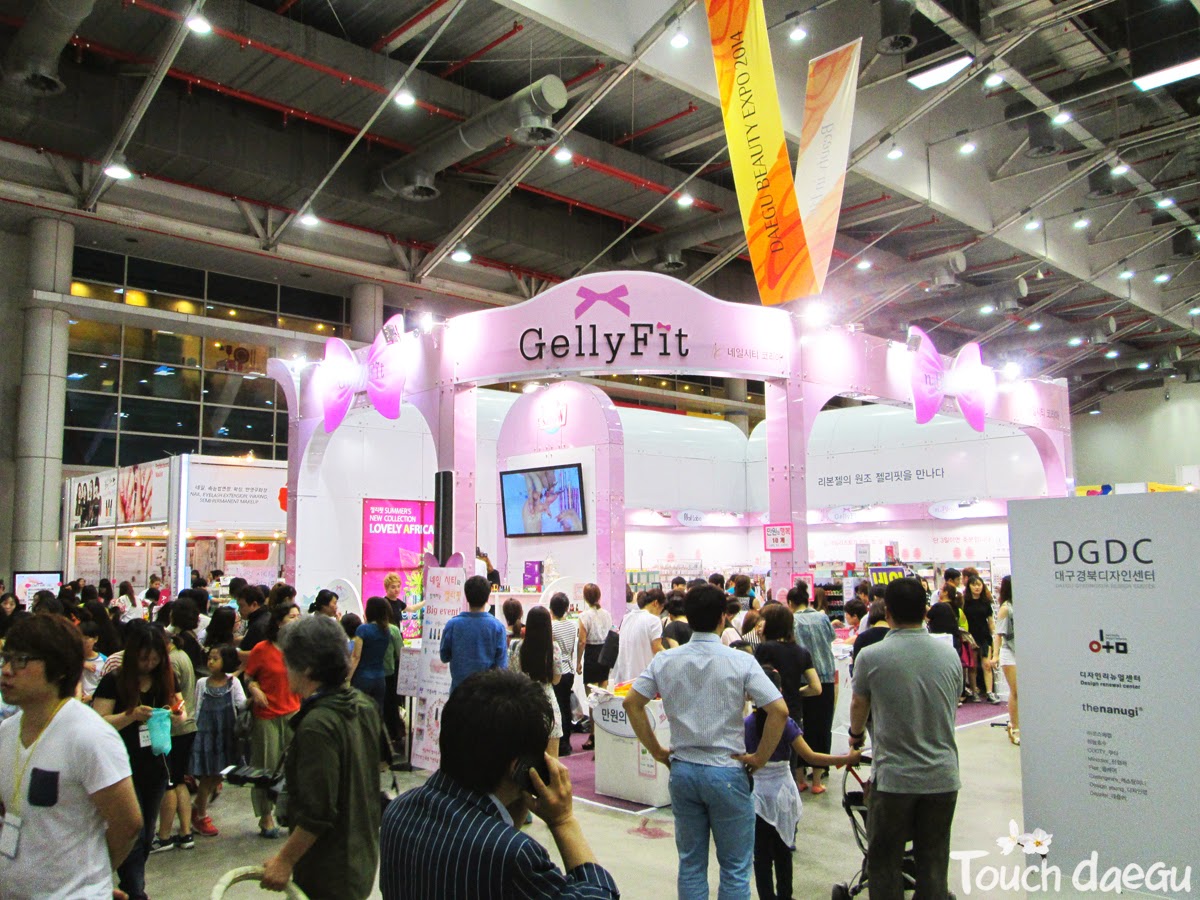 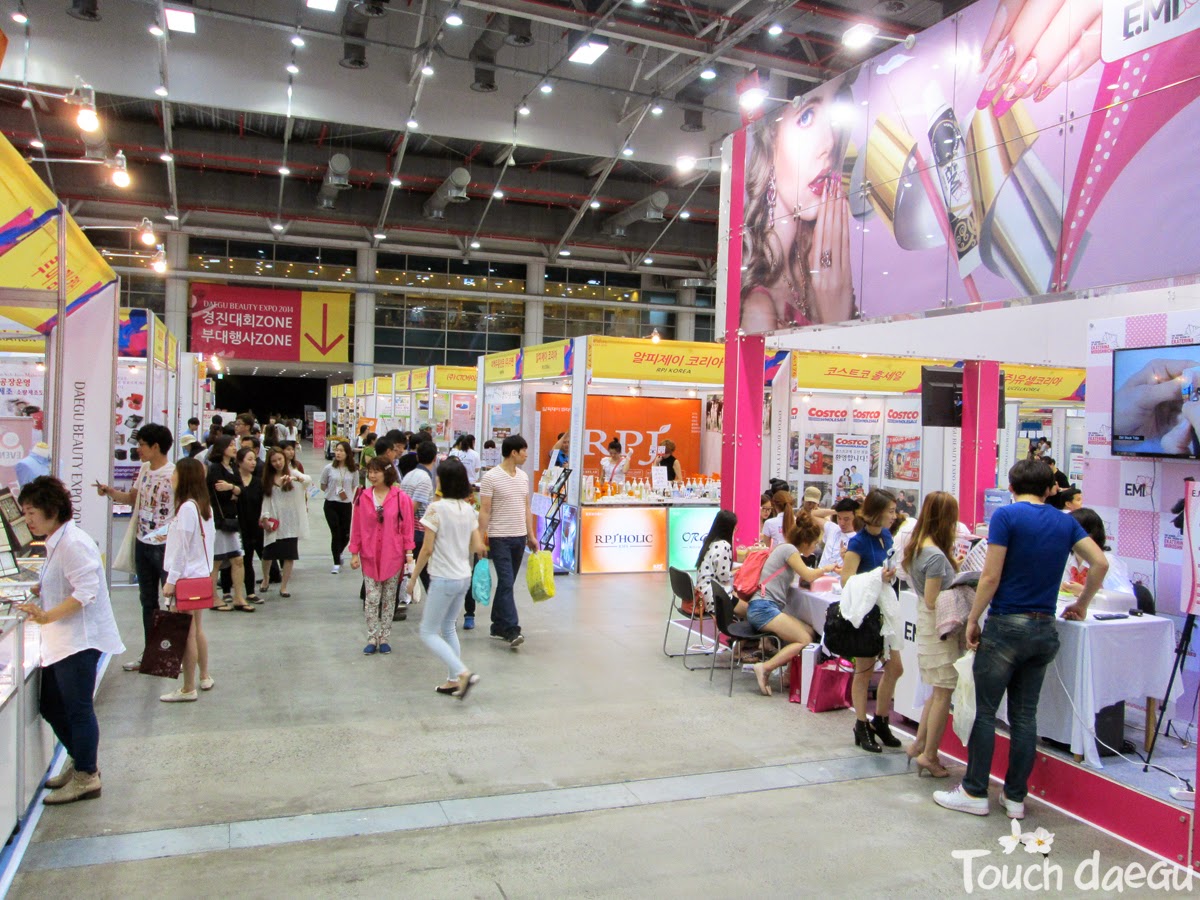 However, attendees were able to take part in some cool freebees: an entire section at the back of the hall devoted to "makeovers" of sorts, with separate areas for hair, makeup, and massage. There was also a small area for blushing brides-to-be to try on a few gowns and have some pictures snapped to give them a taste of what was to come on their big day.

There were definitely some great deals to be found on nail products and skincare lines. I managed to walk away with some fun, quality nail polish colors for a reasonable price! 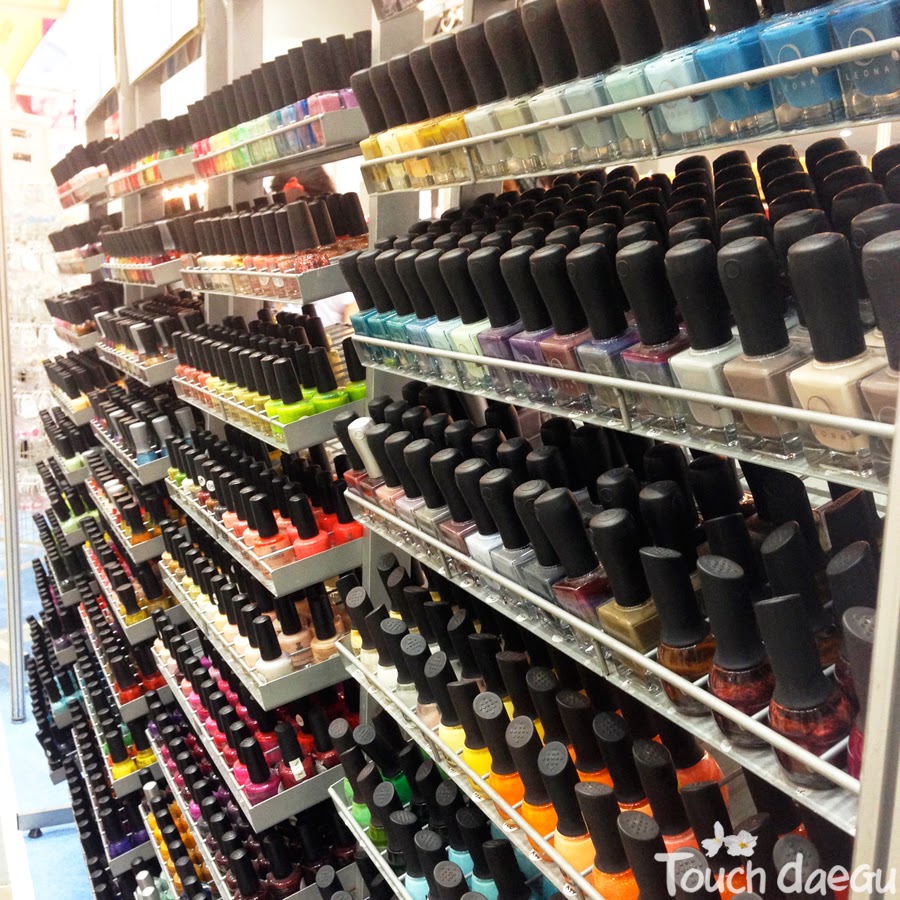 The expo also hosted several seminars over its two-day stint, including some fitness programs, nail art seminars, a hair treatment show, and hygiene education, among a number of others.

I also stopped to watch the “International Body Art Contest” that showcased some very elaborate, bedazzled costumes. The models were more like dancers. It was beautiful and mesmerizing! 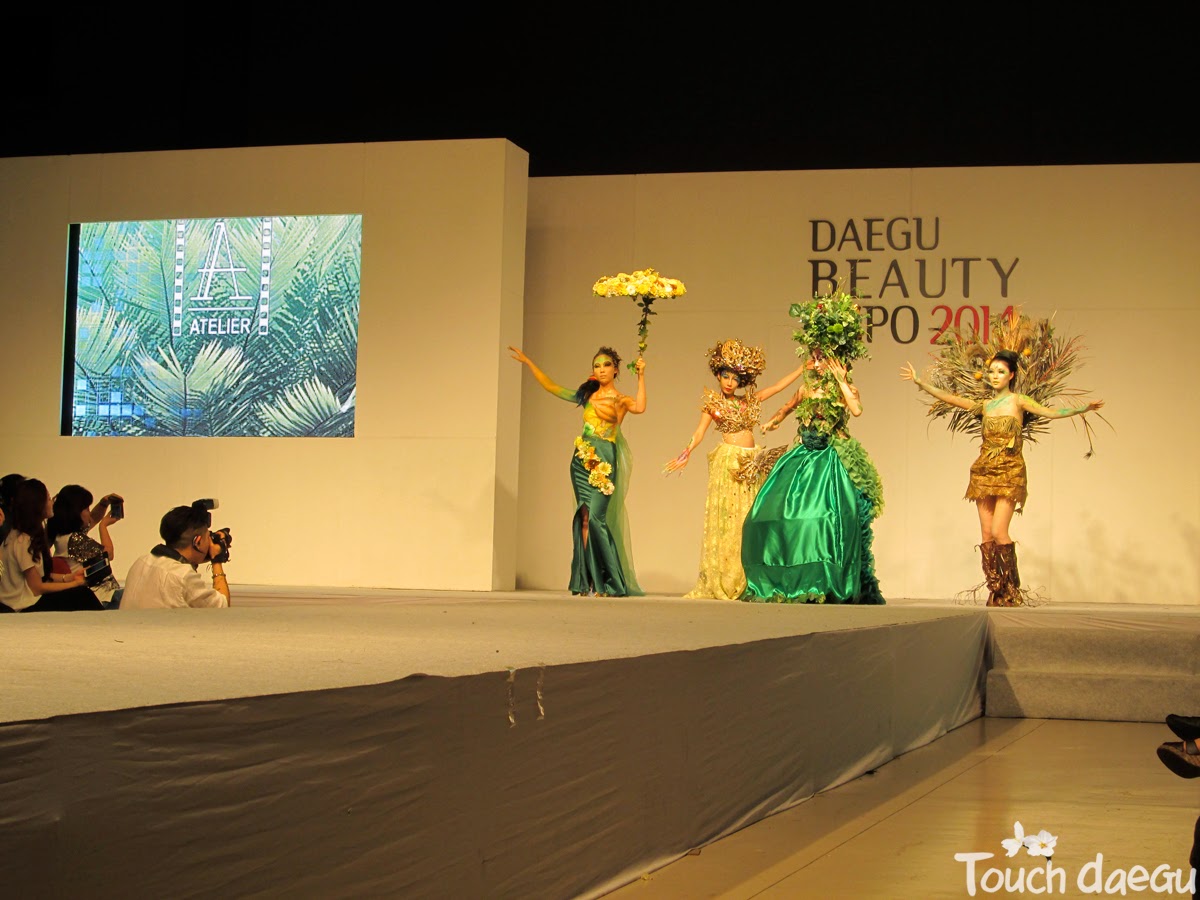 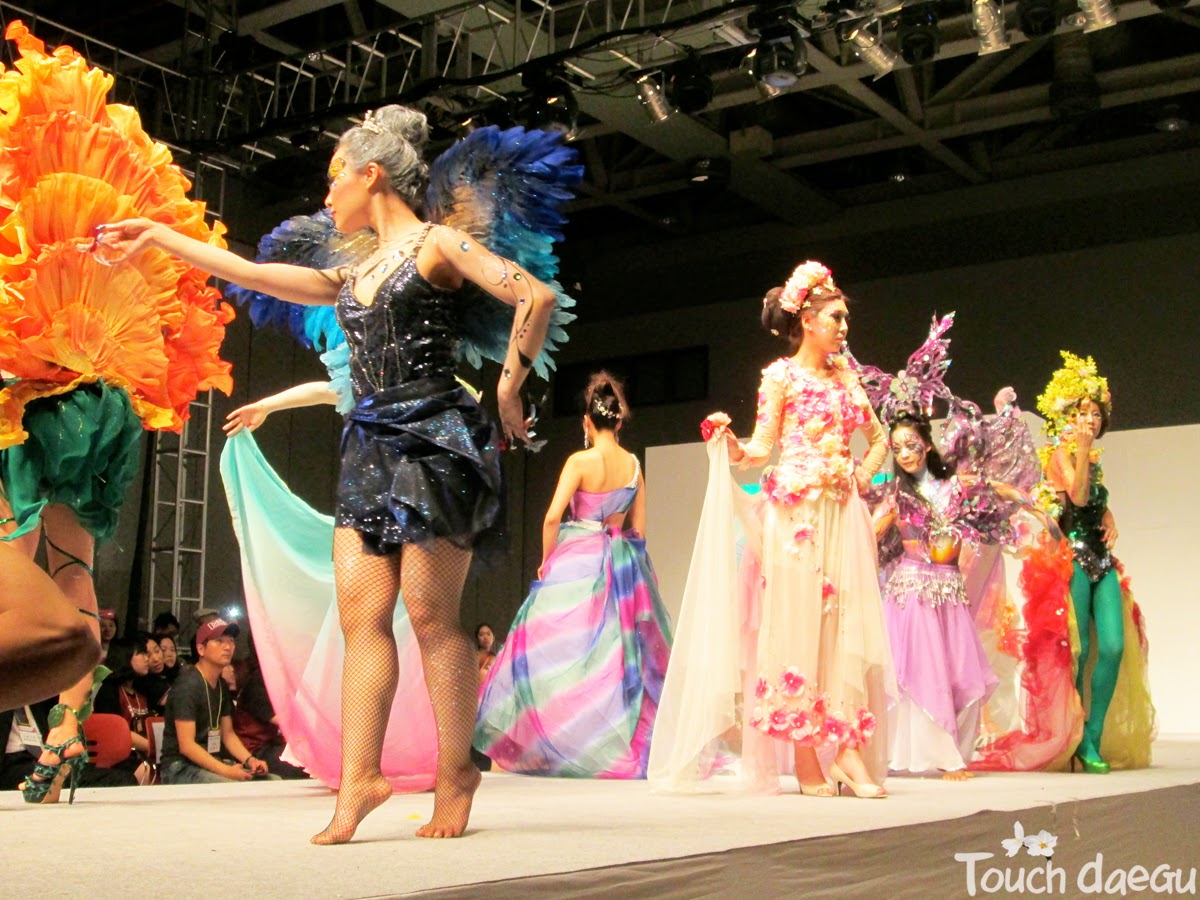 As an attender this year, I have to say I was a bit disappointed with the products on display yesterday... As I mentioned earlier, there seemed to be a lot of focus on nails and skin, but hardly an emphasis on makeup, which is often my first thought when I think of the word "beauty." Next year, I hope the expo will focus more on hair care products and makeup - brands, application techniques, and tools - in their many booths. I'd also like to see more samples being given out to passersby. I was actually quite surprised I didn't see more (or really, any!) of this. There was little draw to enter many of the booths aside from seeing the company's signage. Perhaps in 2015, more "mainstream" brands will be represented at the gathering. I would have "played in" and bought some fun makeup had the opportunity been given, but aside from the few booths at the back of the hall, there was no makeup to be found in the giant room. As a self-professed high maintenance "girly girl," this was a bit of a let down. :-/ Despite its disappointments, I still had a great time and plan to go back next year!

If you didn't make it out to the expo, try getting out to see it in 2015. For just a 5,000 won entrance cost at the door, it's a bargain! (There's even a Starbucks at EXCO, so you can get your Frappuccino fix before you go in. ^^)

So, gather up your girlfriends next year and get out to see the Daegu Beauty Expo. It will be an afternoon of girly (and culturally enlightening) fun!