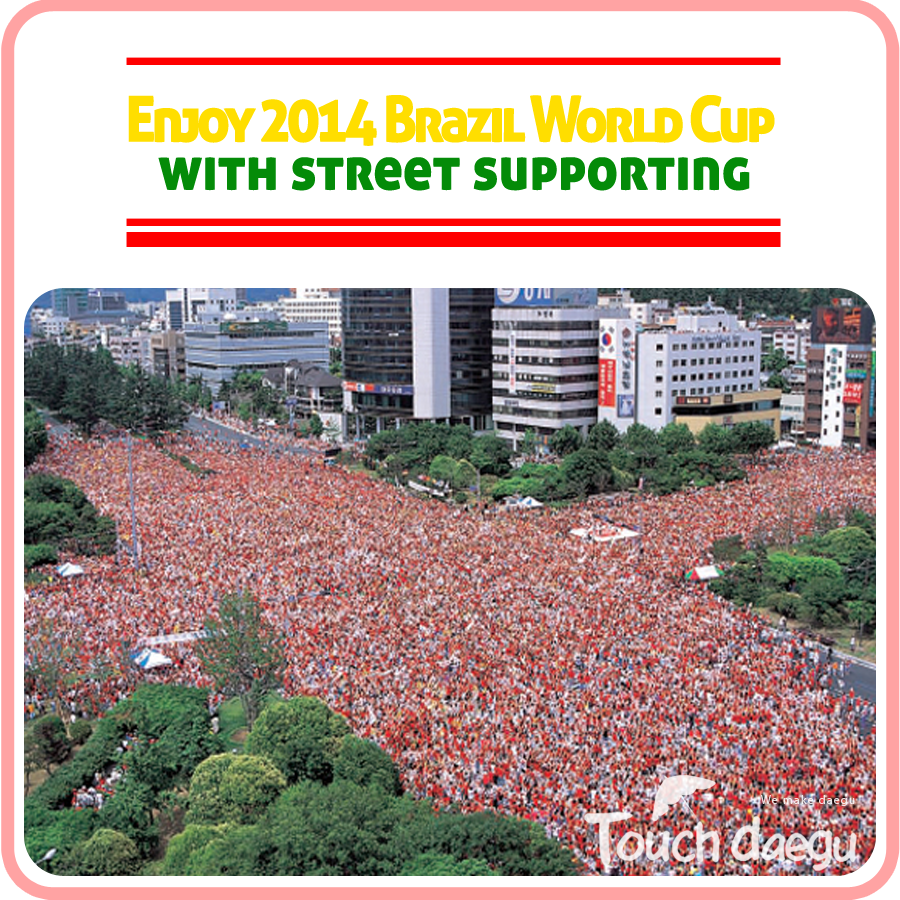 Are you enjoying the 2014 Brazil World Cup? Yesterday, despite the early hour of the match of Korea versus Algeria, though the result was a bit disappointing, not all but most people here cheered for Korean team. Moreover, legions of people, regardless of age or gender, rushed out into the street to root for our team. Probably you have seen the red waves rising on the street! 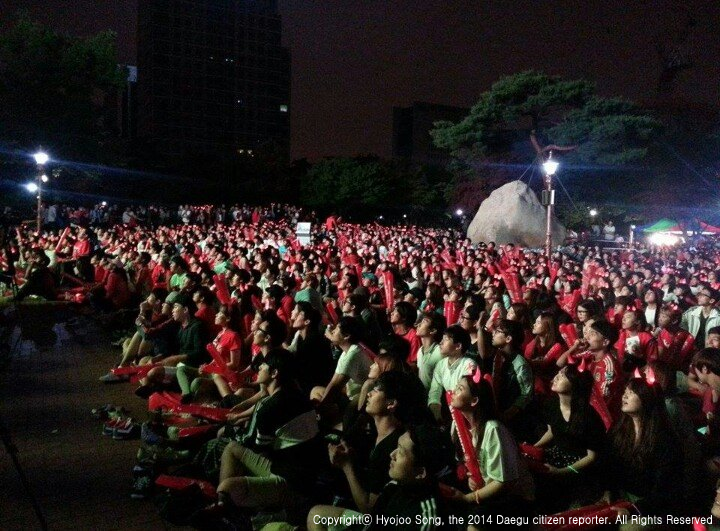 Street supporting has been settled as the culture of World Cup in South Korea since 2002 Korea-Japan World Cup. Since then, some designated streets are filled with people wearing a red shirt whenever Korean team has a match. For instance, the game held on June 18th (Korea vs. Russia) gathered about 18 thousand people at Gwanghwamun Plaza, Seoul!
Want to join in the part of the Red? The chance to stand in the heart of the heat might come only once in four years!! Do we have such Red Street in Daegu?
Of course we do. It is Gukchae Bosang Park that you can stir up your enthusiasm for the World Cup. Come to Gukchae Bosan Park and be a part of this historic moment at 5am on June 27th. A game of Korea vs. Belgium is supposed to be held then. See you there!!!!