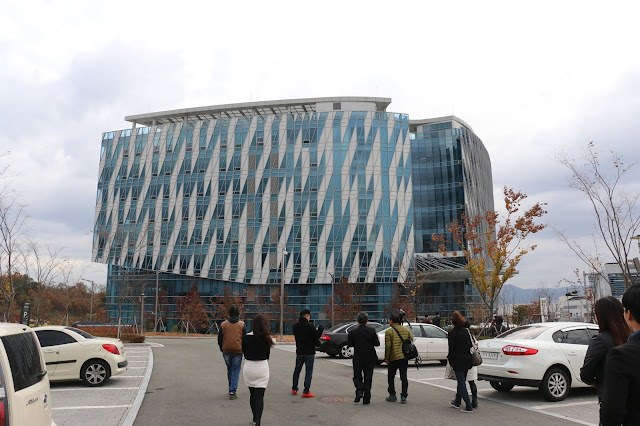 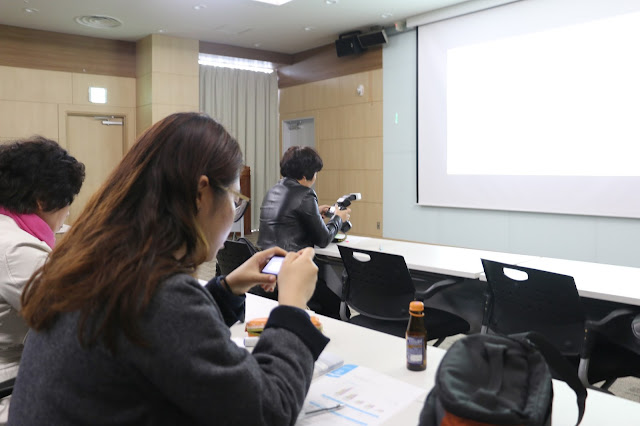 It was started with visual media presedtation. 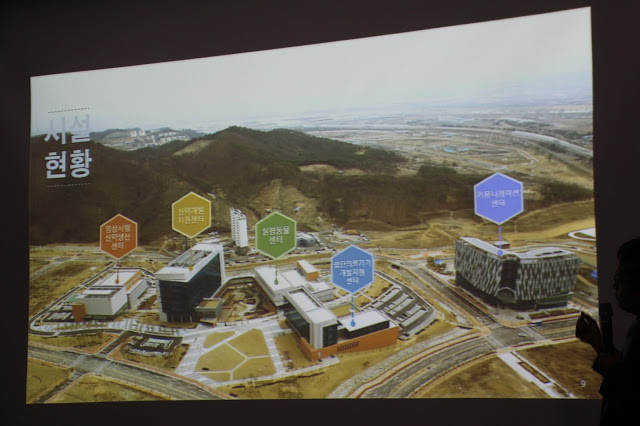 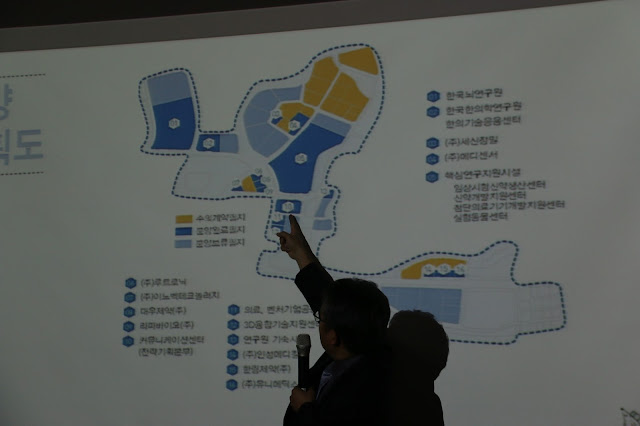 HMC is Korean government supported medical cluster which aims for the evolution of medical science/technology within Korea.

The project was published in 2009, and the foundation was formed in 2010.
In the following year, 2011, the construction began. 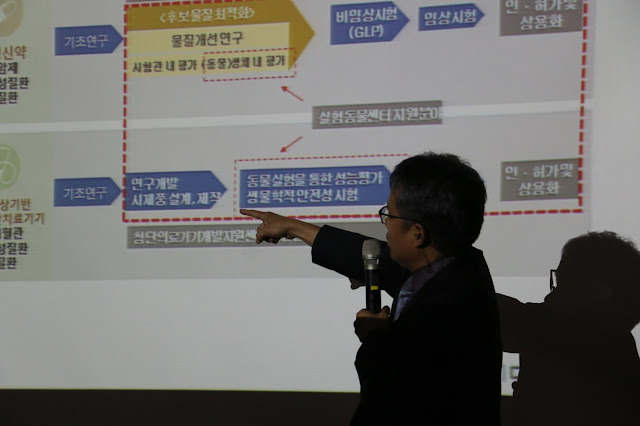 The details of the goal of HMC and its current affair was explained during the presentation.
In accordance with the special law, the Hi-Tech Medical Cluster was established to develop Korean medical industry, as well as expand it to the global R&D hub.
Many questions were answered during the session. 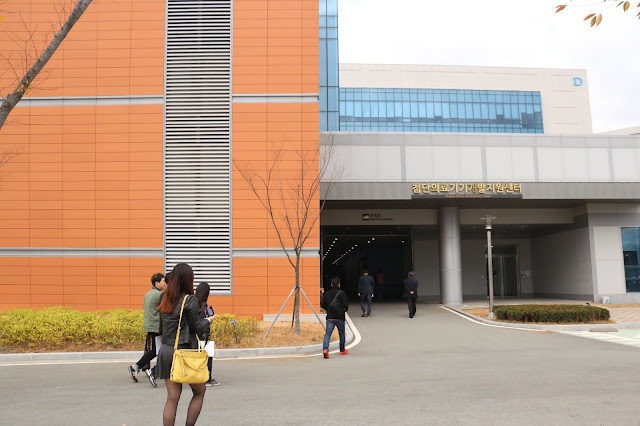 Next, we visited the medical device development support center, where facing the communication centre right in front of it. The experiment on the new technology on medical devices are done in this building. 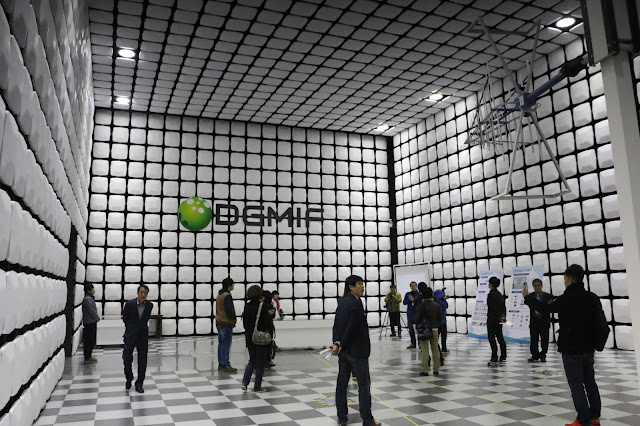 This is the electromagnatic compability testing center.

All the newly made medical devices are tested in this area to examine how much electromagnatic pulse (EMP) are generated during the operation, and the malfunction rate/indurance under EMP distubance. 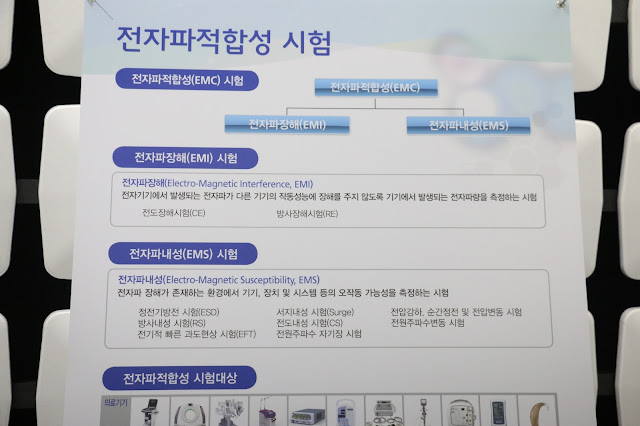 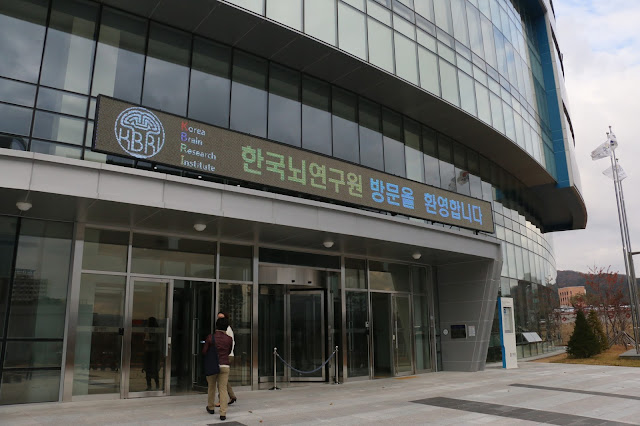 The next destination was Korea Brain Research Institute. 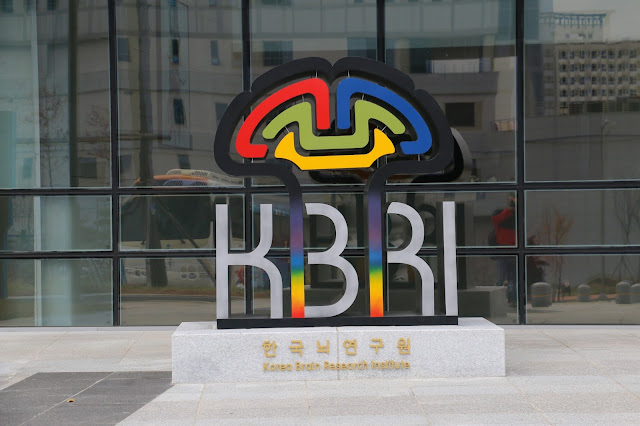 At the front of the Korean Brain Research Institue. 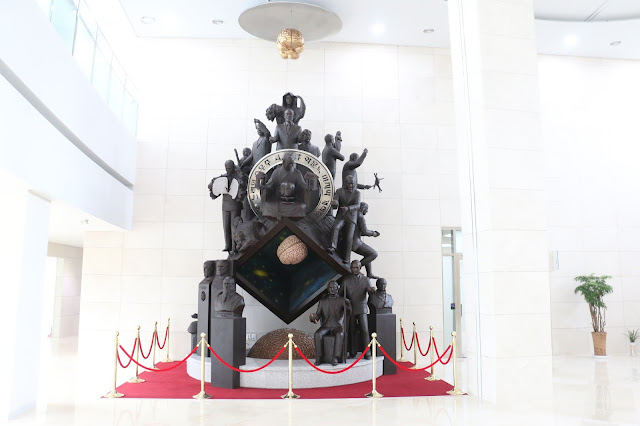 Inside, there was a eye-catching sculpture of scientists, who influenced in the brain scien greatly, standing gracefully. 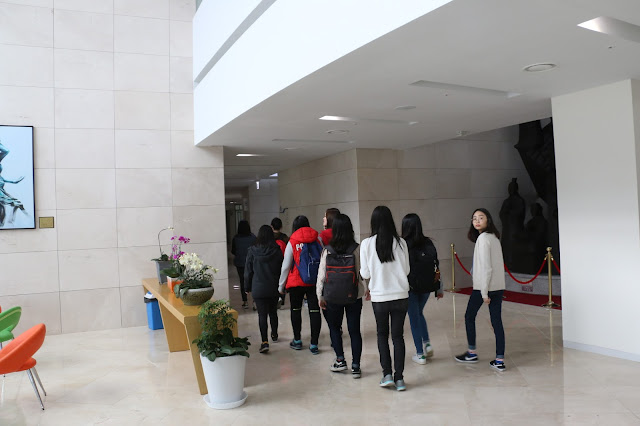 We had a company of a small group of high school student during the tour. Twice a month, the brain research institute offers a tour for educational purpose. 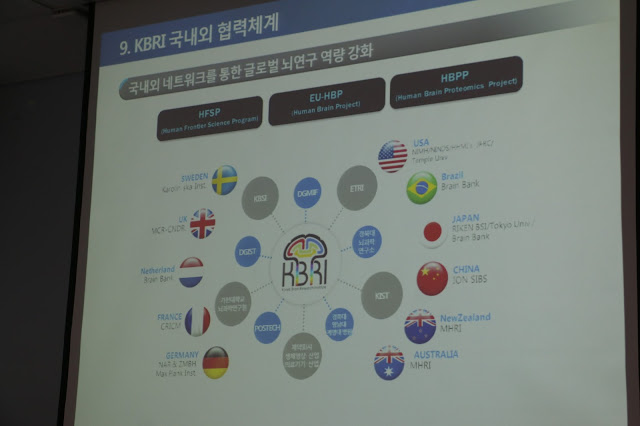 Having fun watching another video. 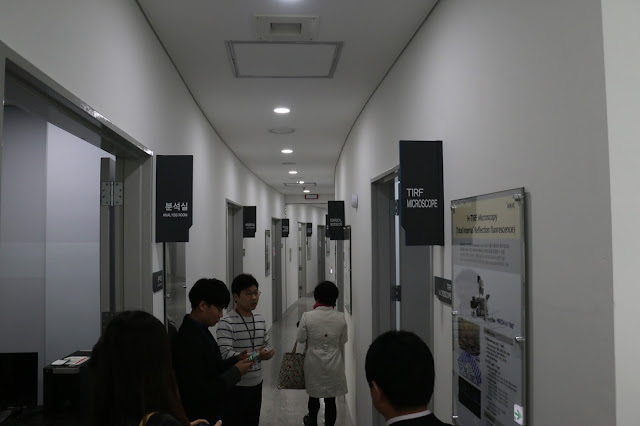 Next, we were guided to the analysis room. 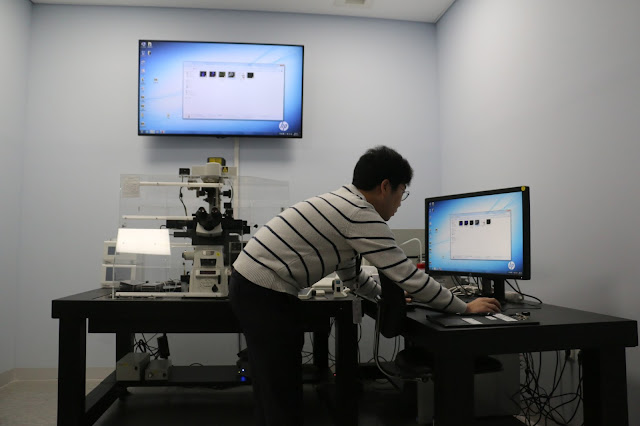 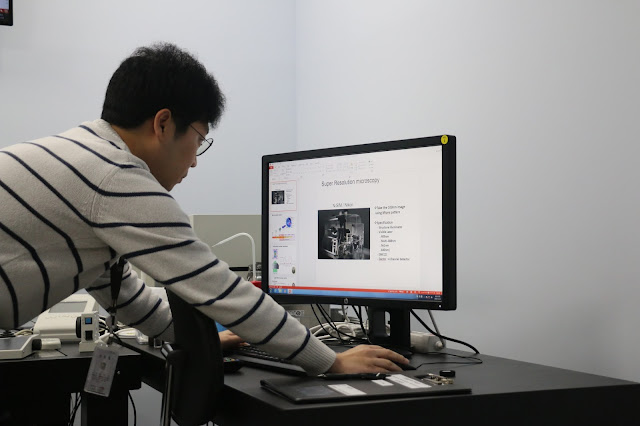 Of course it's super expansive too. 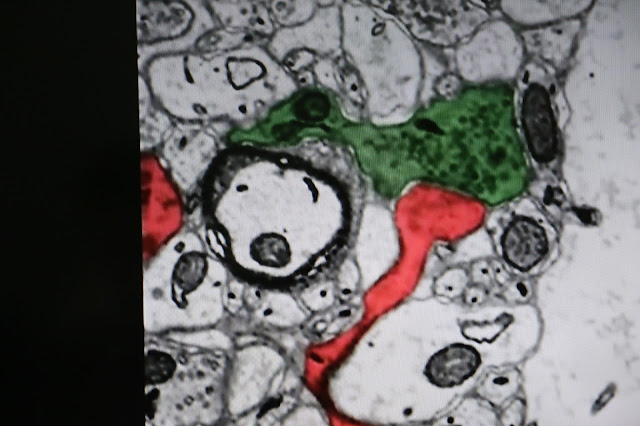 Due to the ever progressing computer technology, the amount of research project also increases, and changes. 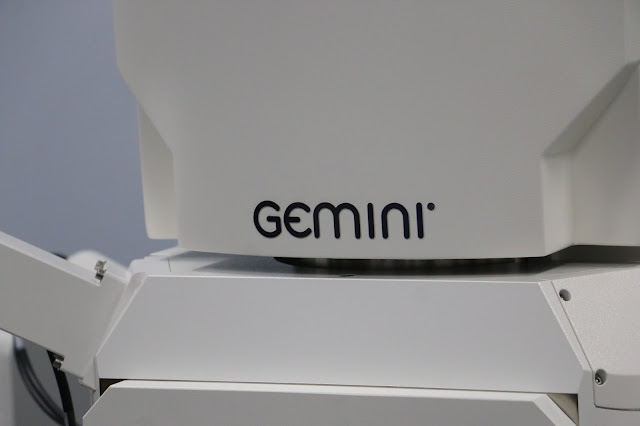 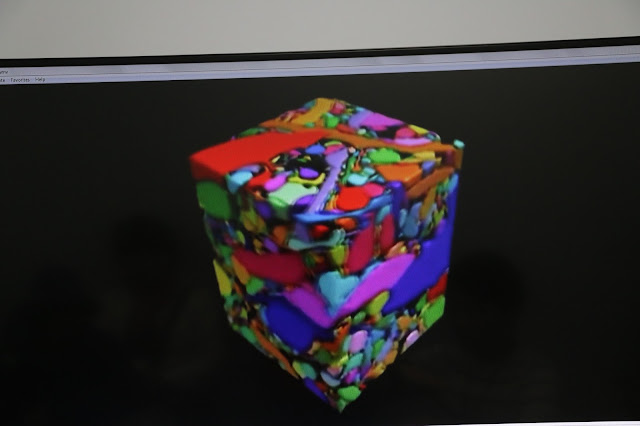 The scanned result is on the screen. The researchers analize this 3D object. 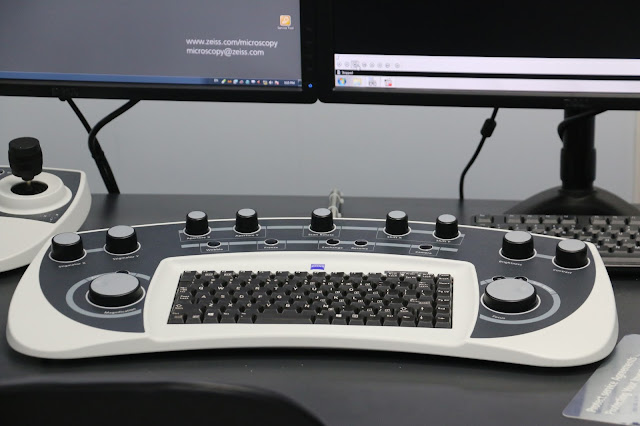 A special keyboard for brain scanning/analyzing. 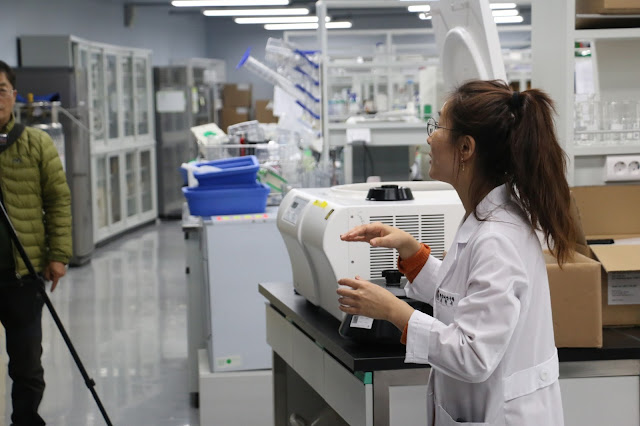 We also meet a specialist doctor on dementia. 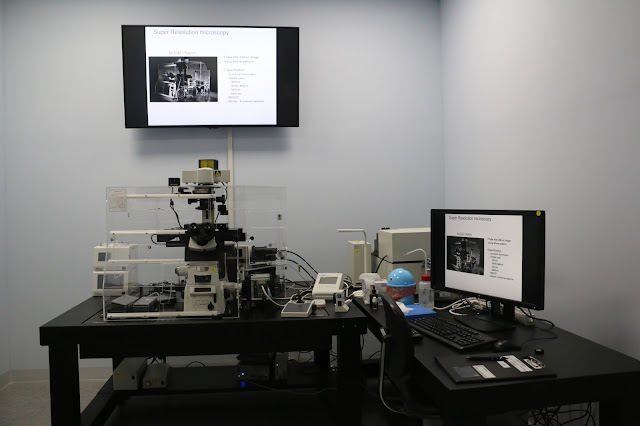 This computer had won a nobel prize. 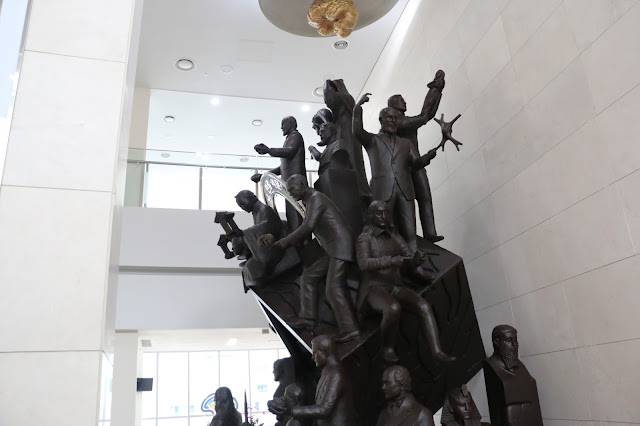 Wrapping up with a group shot in front of the sculpture.


Due to aging population, fast-growing medical technology, and growing GDP, the innovative medical industry has became the most promissing buisiness in Korea. With the East Daegu Hi-Tech Medical Cluster, the future of Korea is full of hope.