Geomdan Fortress, the lost cultural heritage of our town 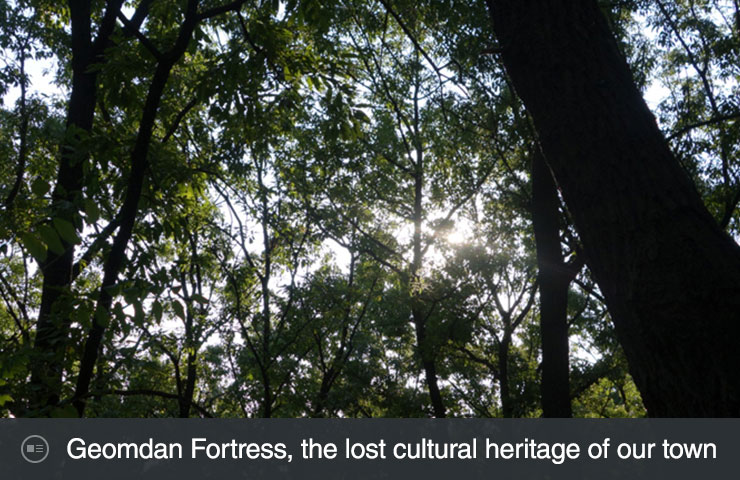 Geomdan Fortress, the lost cultural heritage of our town

Korea was a city of fortresses from the ancient times. That is why there are fortresses across the country. However, most fortresses have been damaged and only hints of them remain today.

Daegu has many fortresses, but most of them are only known to the academic scholars and have not attracted the attention of the public. Geomdan Fortress is a fortress in northern Daegu and only its approximate boundaries remain today.

Its circumference is 1.8km and it is assumed that it was built by the Silla Empire. It was used as a major defense base along with the nearby Yongam Fortress, Bongmu Fortress, and Palgeo Fortress. It is effective for both defense and operations as it is facing the Geumho River and looks out to all directions. 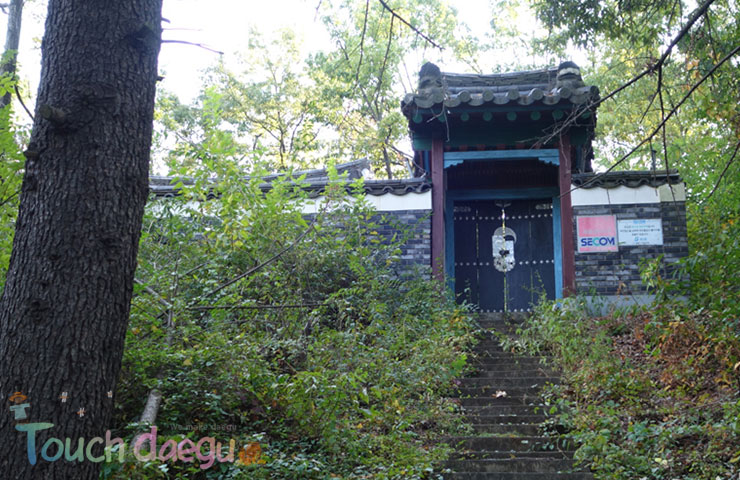 You will come across a building when you follow the trail of Geomdan Fortress. It is a shrine for Sir Chae Gwi Ha, a literary official and scholar from the Late Goryeo Dynasty, and it was built in 1982. It serves a ritual every first Sunday of April. The doors are locked, so you cannot go inside. 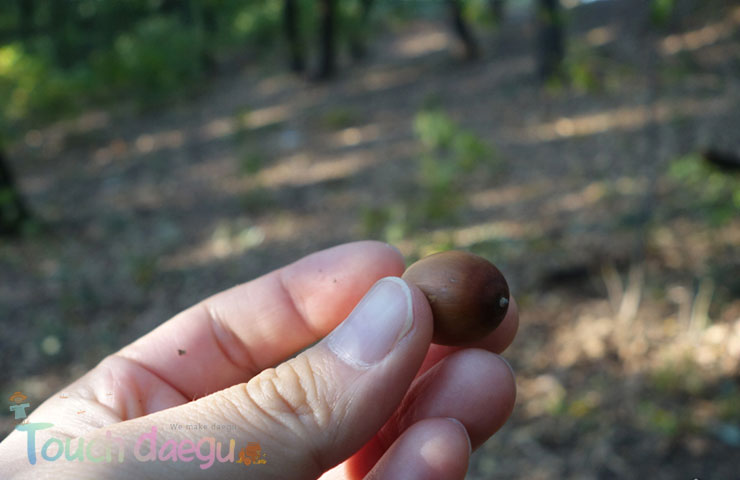 I found many acorns around the fortress. There must be many oak trees. But don't gather them.... Let's leave them for the squirrels. 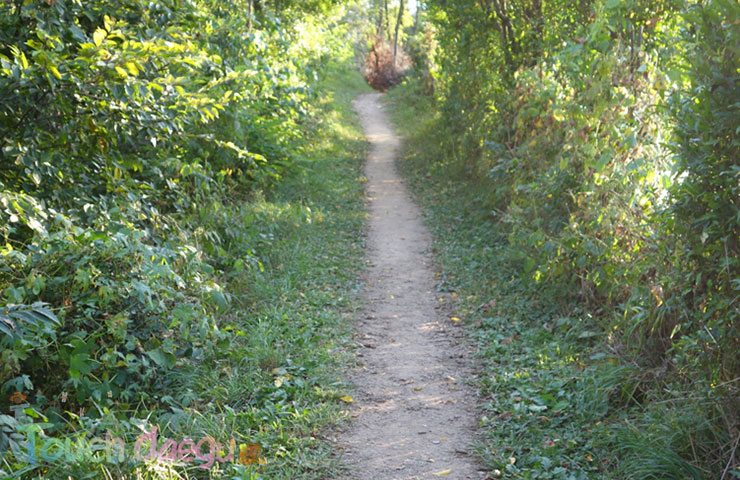 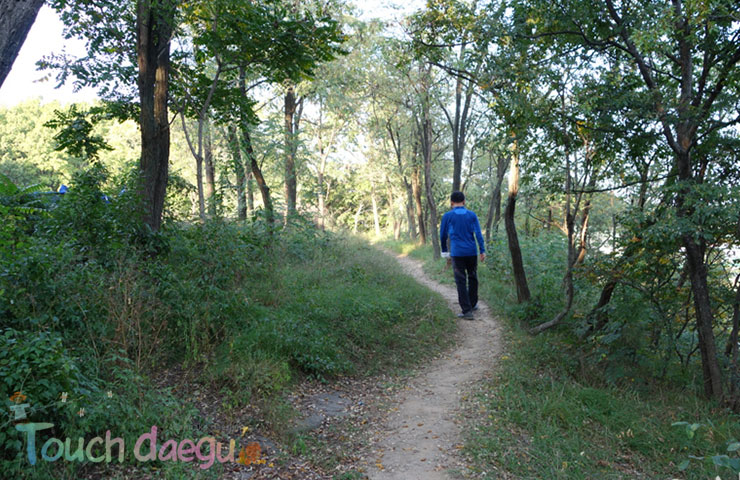 This is a hiking trail around the fortress. You can follow this trail to look around the fortress. A fortress is very helpful when a war breaks out because it offers many places to hide and wait for an ambush. During the Reinvasion of Japan in 1597, however, the army of Ming Dynasty confronted the invaders at Namwon Castle and was nearly annihilated despite that Joseon had suggested using the fortresses to stop the invaders. 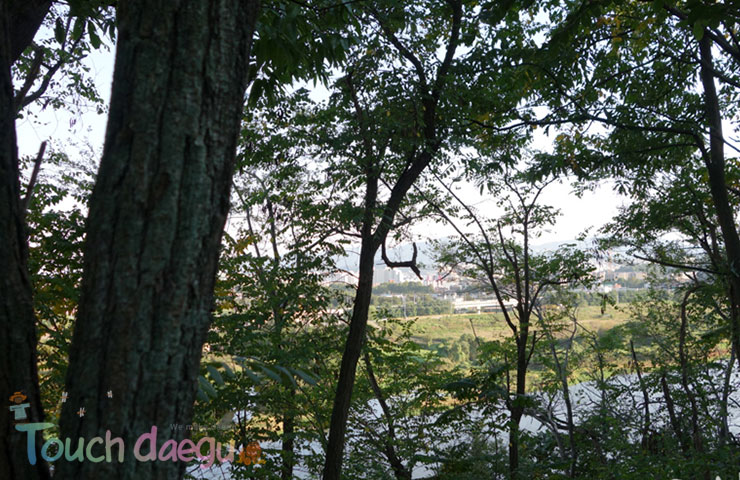 When I looked around the fortress, I thought it would have been very efficient for defending and evacuating the people. 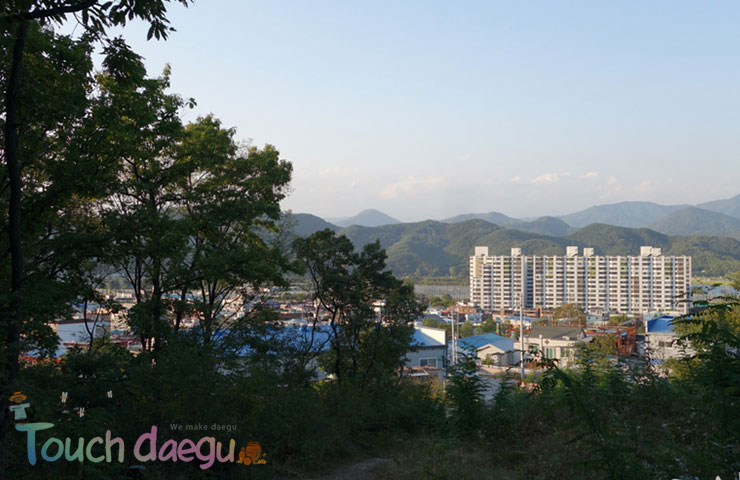 This is a view of Buk-gu and a part of Dong-gu. Most of the spots with good views without any obstacles also served important roles for military purposes. It was important to read the invaders' movements to stay prepared. Geomdan Fortress offers good lookouts while being hidden in the woods, so it must have been great for hiding from the enemies. 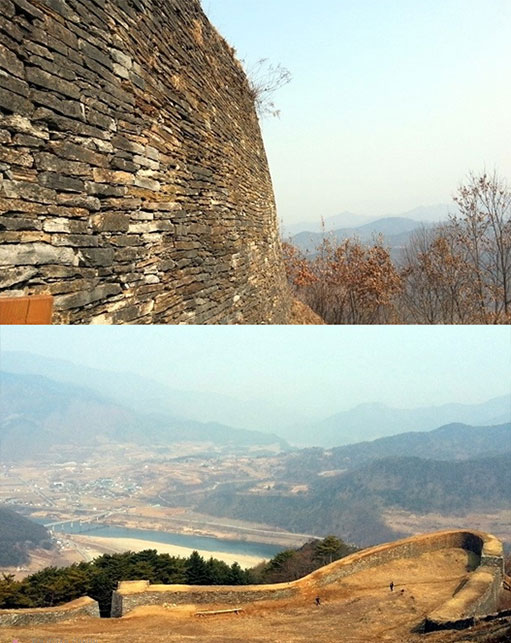 This picture is Ondal Fortress in Chungju. It was built by Goguryeo during the Age of Three Empires. I believe Geomdan Fortress once looked like this. 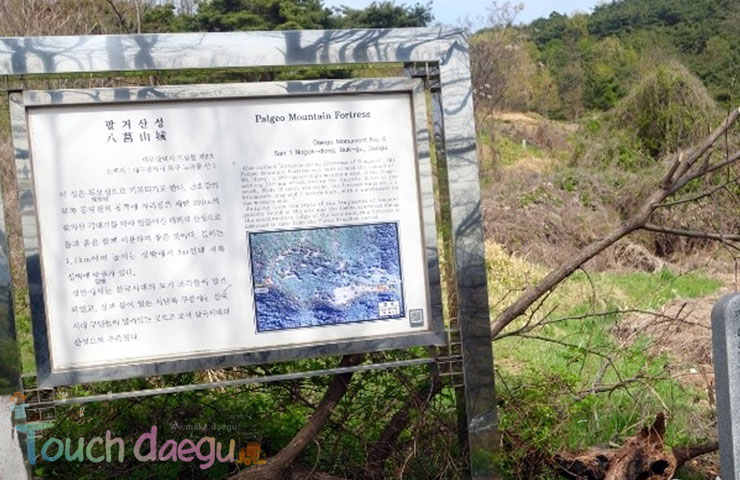 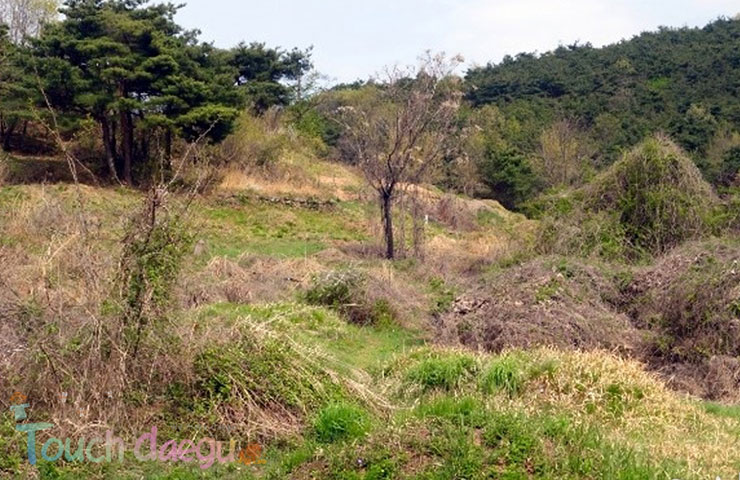 Today, Geomdan Fortress conceals its past stories and provides a shelter for the local people. It was stained by blood in the past, but it is truly quiet and peaceful today. I thought that a space can have different faces from time to time.
작성자: Touch Daegu 시간: 10:33:00 AM