I’ve just signed up for the Daegu International Marathon 2016 - with my wife and two young daughters. In a few weeks, we will be running for the first time in a Daegu marathon since we moved here two years ago.

Anticipation abounds because spring is on the threshold and the weather is beckoning us outdoors. Running this race is like saying “we’re back” into the fold, like a flight of birds back from the winter escape.

This is not our first time running together as a family though. We’ve run a couple of times at the Gyeongju International Marathon, and each time a reminder of running as our life’s metaphor. While we usually stay together for the first mile of the race, we eventually run our own paces and get reunited at the finish.  I usually cross the finish line first, so I get to wait eagerly as my wife and daughters come down the homestretch, cheering them on as they’ve always been for me. 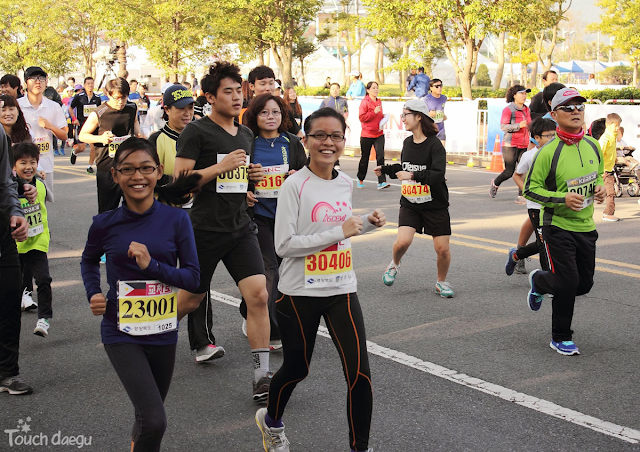 My daughters at the 2013 Gyeongju International Marathon.
The race starts and ends right at the heart of the city, at the Gukchaebosang Memorial Park, and traverses around downtown area, Su-seong district, and many other places that showcase the wonders of Daegu. Along the routes, runners will get to enjoy the sights of Sincheon River, the bridges that span across it, and Daegu’s urban landmarks. Treading on the roads and hearing only the rhythmic breathing and footsteps beside us will surely make us beaming on race day. We don’t get to experience that on a normal day, and one can see the beautiful sights along the way only through the car or bus windows.

For many elite runners, the prize that waits at the finish, apart from the international recognition, puts the drive in their belly. Last year, Ethiopians sweep at the race. Men’s winner Girmay Birhanu Gebru, who wore bib number 1 lived up to his number, clocking in at 2:07:26. Women’s winner Meselech Melkamu Haileyesus ran an impressive 2:27:24 to her victory.

But we’re not in for the race; we’re running to accomplish something together as a family. And the life lessons imparted by running aren’t exclusive for the talented pros, anyhow. It holds the same for us, for everyone. Life is so much like a marathon; you get to cross the finish line by holding on despite the pain and fatigue. 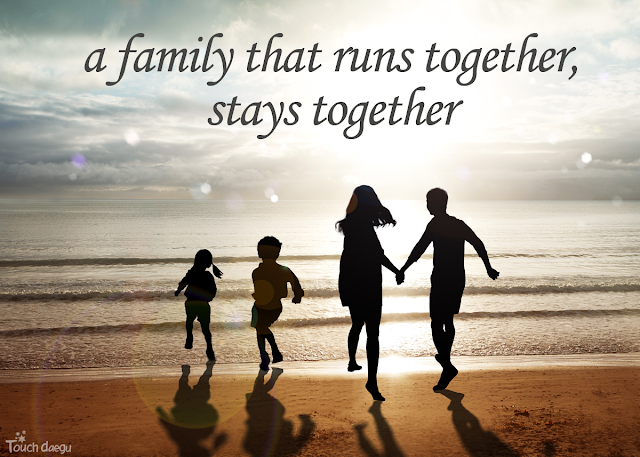 So in a few weeks, we’re back on track, to prove to ourselves once again that running to the finish line is not about speed. It’s more about endurance and perseverance. And we need that in life as well.