What was happened at Closing ceremony of WMACi Daegu 2017?

Finally the long journey has been finished with WMACi Daegu 2017 by closing ceremony.

Took place from March 19(Sun) to March 25(Sat), 7 days and It was finished well due to citizen, volunteers and all the athletes.

Especially this WMACi Daegu 2017 had the largest scale of the event so far, 4703 of athletes from 75 countries have participated so Korea is being the 7th country which the three grand sport event had taken place in the world. Daegu is also the second city to be designated as an international athletic city after Stuttgart, Germany.


So take a look at the final closing ceremony of the WMACi Daegu 2017! 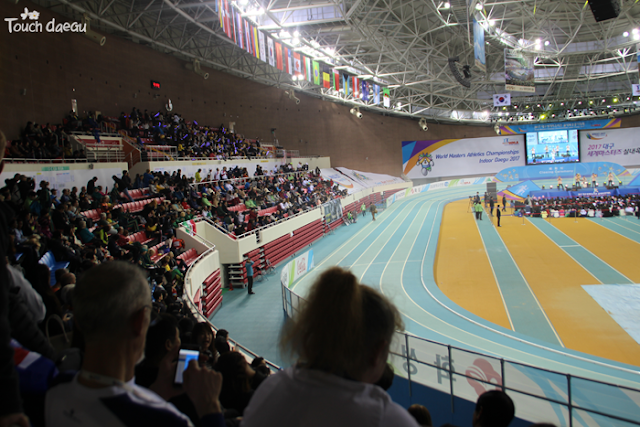 As you can see in the photo, lots of people came to Daegu athletics promotion center to see the closing ceremony. For indoor athletics events, usually the gym is modified for use in athletics but Daegu has this indoor athletic exclusive stadium like this. Athletes also praised highly when they use the stadium facilities. 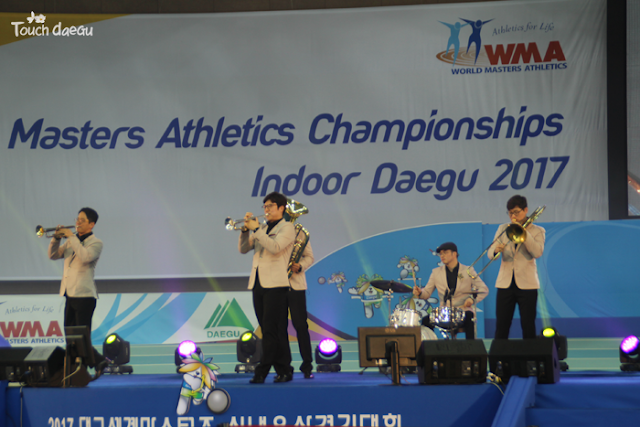 Performance is a must of a ceremony! The atmosphere heightened by the music. 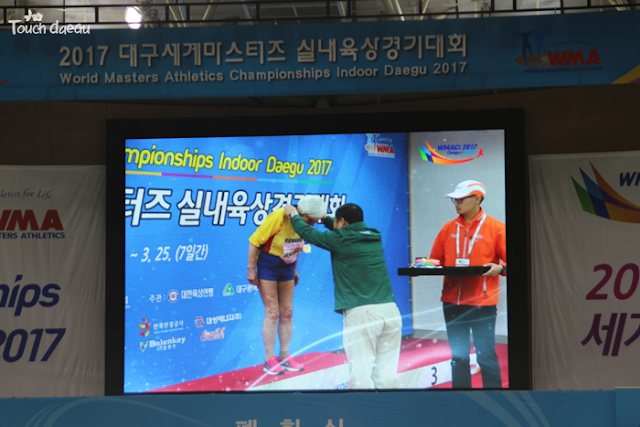 The closing ceremony began and everybody watched videos of the 7 days.
There is a difference from other competitions, In this event athlete himself can measure his skill, We could see a lot of participants enjoying the competition itself, rather than sticking to the record in the game. All of the players who were eliminated in the rankings were received their personal records certificate. 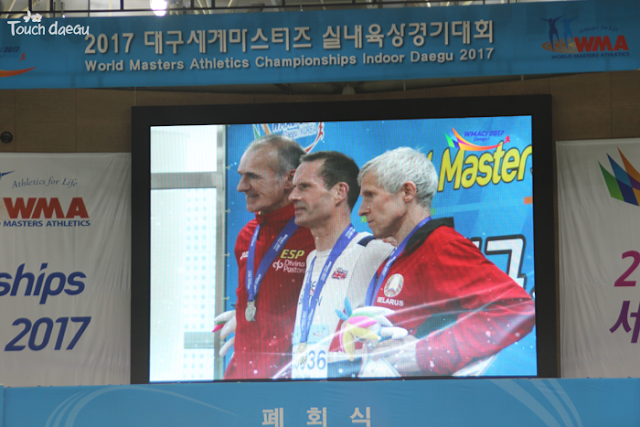 Also, it was a event which you can participate regardless of age.
The oldest person in the event, between men was Charles Euguster who came from Switzerland at the age of 97! For women, it was a 93-year-old Cheung suet-Ling from Hong Kong. 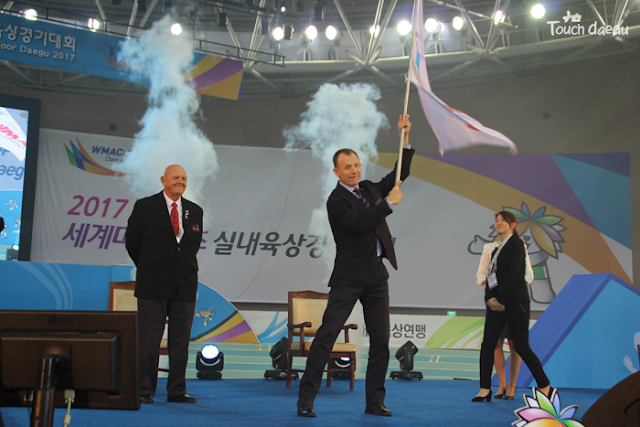 The WMA flag was lowered and  handed over to Poland, the host of the next WMACi.
Hope Poland have a successful event too! 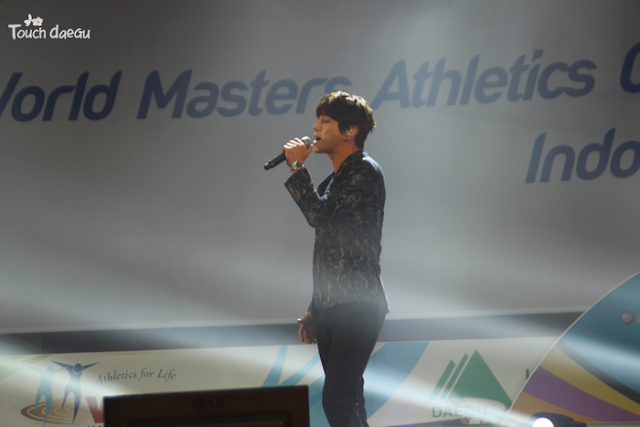 After declaration of closure, WMACi Daegu 2017 is finished and there were performance of Hwang Chi Yeul 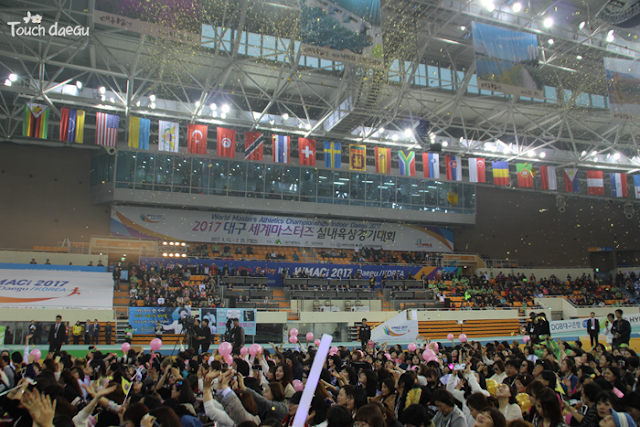 Oh, did you know that this event was the only athletics competition that an athlete pays all expenses relating to participation? (travel expense, accommodation cost and registration fee) So due to this Daegu expects it will help the Daegu economy.

We hope that WMACi Daegu 2017 was  a great opportunity to promote Daegu to domestic and international athletes,

Thank all of you who have contributed to the WMACi Daegu 2017!