2017 Colorful Festival is held very soon! During Colorful Festival, Daegu City will manage and control part of its transportation system to help everyone enjoy the festival more conveniently. Check out the changed traffic information below!

For 2 days of the festival from May 27 (Sat) to 28 (Sun), from 11am to 12pm traffic around Gukchae-bosang Memorial park and Gongpyeongno area will be controlled. Aside from it, bus and subway schedules will be also changed a little bit with more frequent operations than usual. 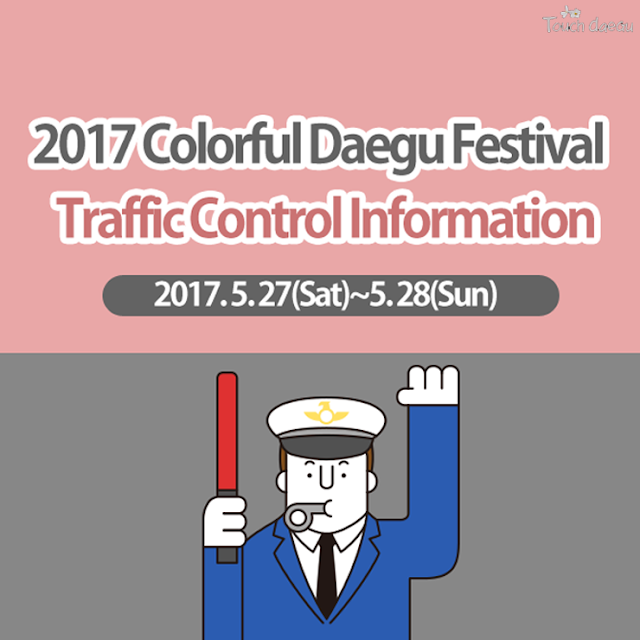 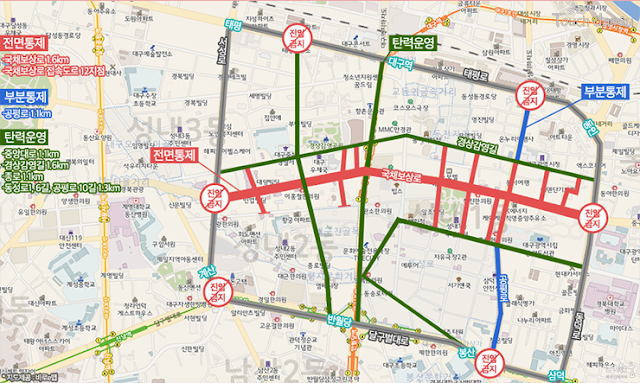 ﻿   ﻿ No Parking Zone
-All area in front of City Hall (Gyeongsang Gamyoung gil)
-All area between Samdeok Police Station and Daegu Department Store (Gongpeyongno 10 gil)
-Streets between Dalgubeol Daero ~ Daegu Department Store
*Basically most of the roads and streets of downtown area will be closed. We recommend you to take public transportation instead of driving.


﻿   ﻿ Public Transportation During the Festival 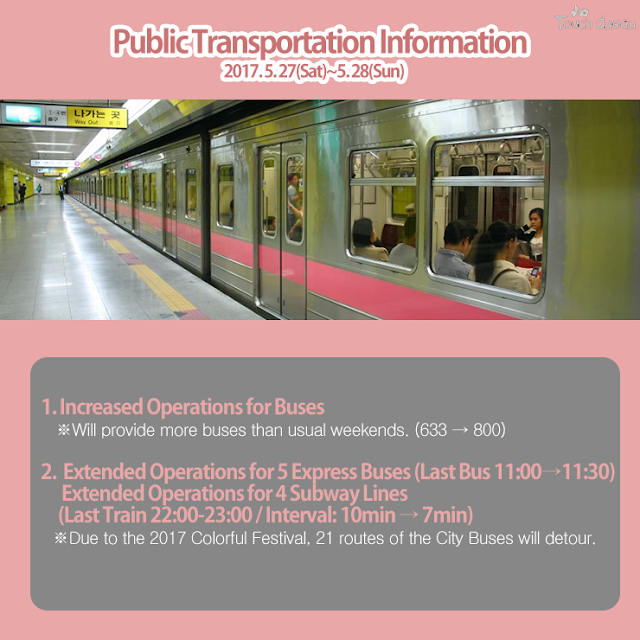 1. More buses will be operated than usual weekends
※ 633buses → 800 buses during the festival