The Daegu Citizen Safety Theme Park was established to enhance citizen’s safety awareness and their ability to cope with emergencies they encounter.  Special attention is the focus on fire safety in several settings and subway and monorail safety.  Other areas include earthquake safety and other hazards around us.  The focus of this article is on Earthquake Safety. The people giving the information are actual trained Firefighters. 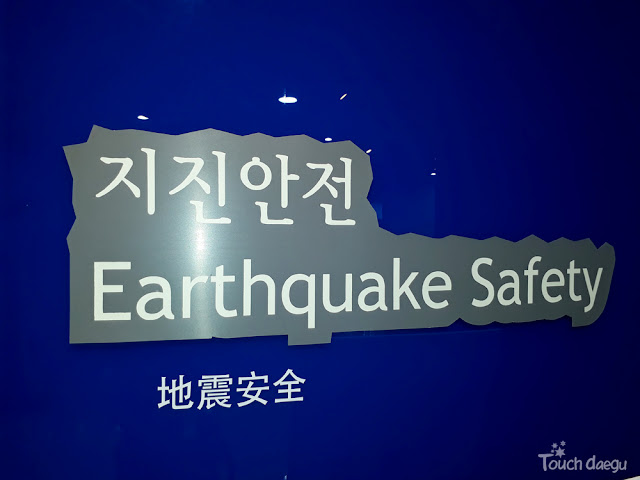 Since there are young children in the group the discussion the questions asked are basic and the information is explained in a logical way for people of all Korean language levels to understand.  We were walked through the things to do in the event of an earthquake occurring when we are indoors.
Steps to follow are first, get under sturdy furniture such as desks or tables.  After the earthquake has ended you should cover your head with a cushion or pillow.  Even just your hands if nothing else is readily available.  Next, turn of the electrical breaker or unplug appliances and turn off lights.  Also, making sure the valve to the gas line is turned off, in the kitchen.  If there are any doors that other people may have to pass through, open them and place an object to keep the door from closing.  This is in case there are aftershocks that may cause damage to the building and preventing doors from opening. 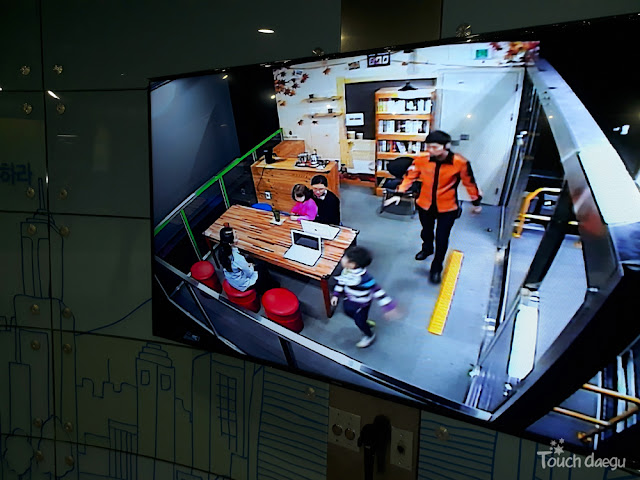 After the briefing, groups of four were given the opportunity to go through the home earthquake simulator.  The groups were set at a typical dining room table and the firefighter pointed out where the mission items were in the simulator. 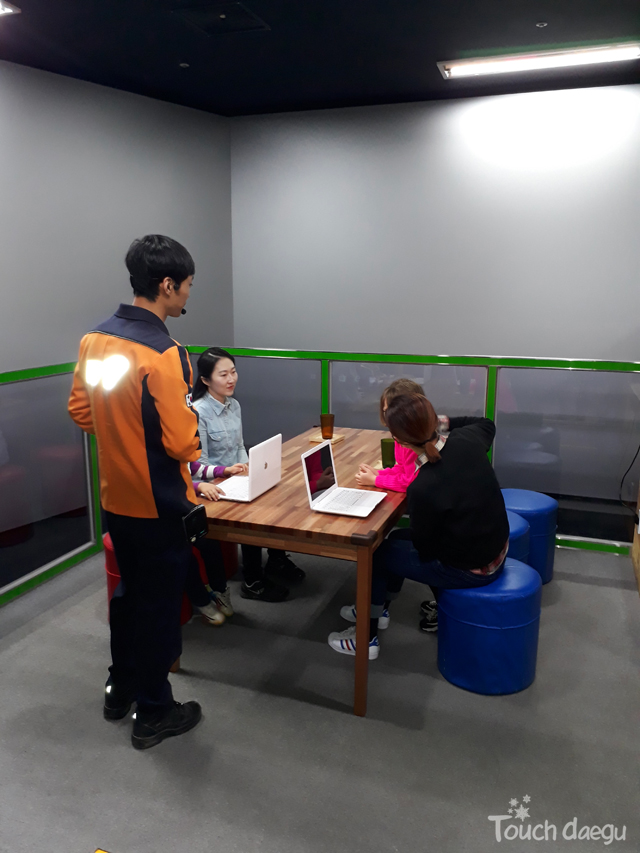 When it was our turn, my wife, daughter, her BFF and his mom went in and got set. They were shown the mission items and then he said “Here we go!” 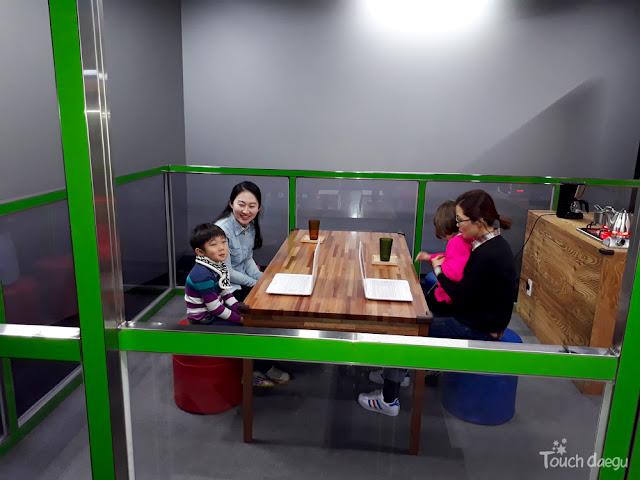 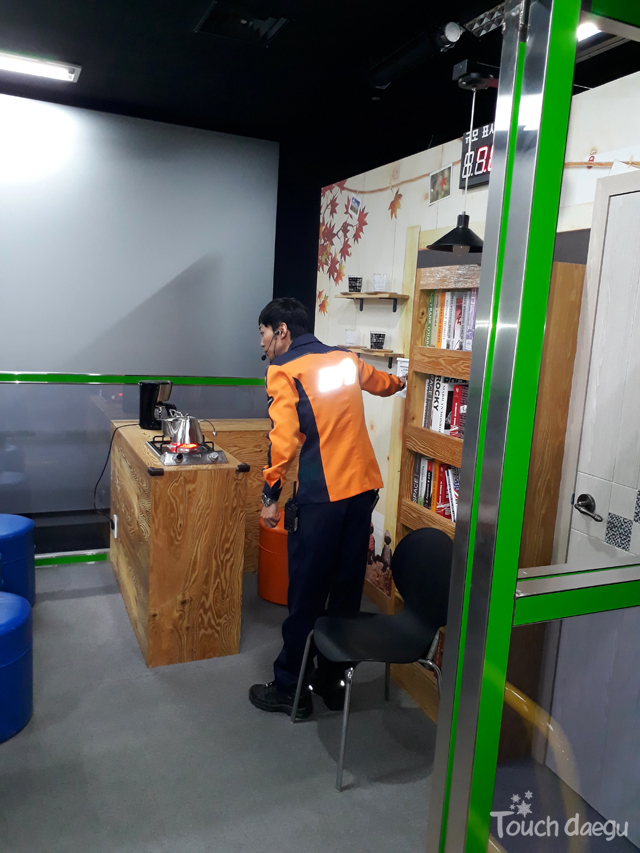 They all got under the table very quickly and were ready for the rumbling to stop. 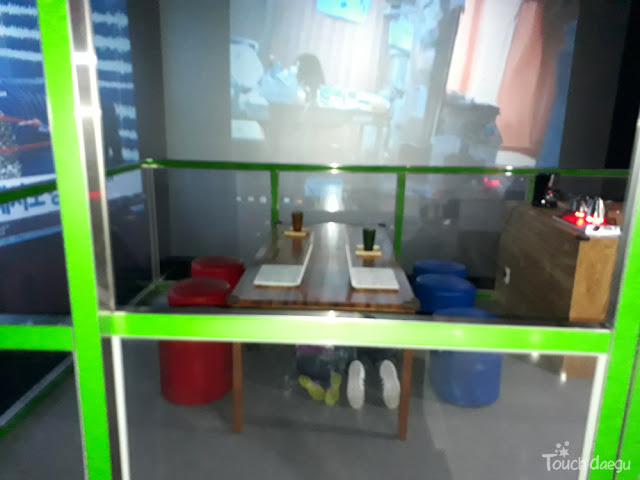 Recently, Korea was hit by an earthquake near Pohang.  That quake registered 5.5 on the Richter scale.  The simulator is set 7.0!  You really feel it and understand the force being used. 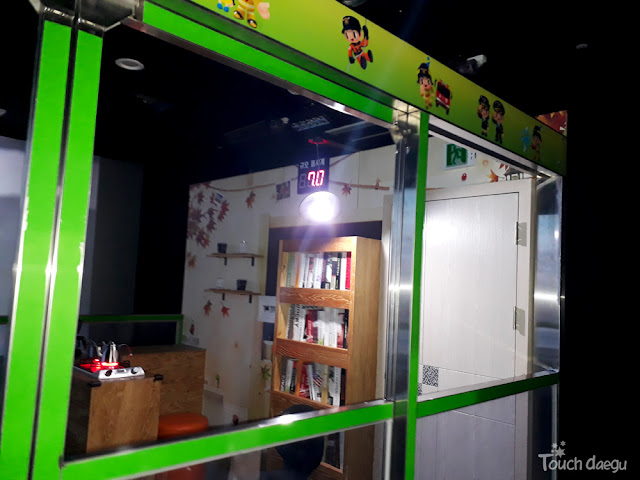 There are dangers while outside when an earthquake happens.  The biggest and most dangerous problems are electrical lines that may brake and fall to the ground.  There are also dangers of things such as signs, poles, or of trees falling, or even the ground shifting and opening.  The last stage of the training involves walking a short distance through an “alleyway.” 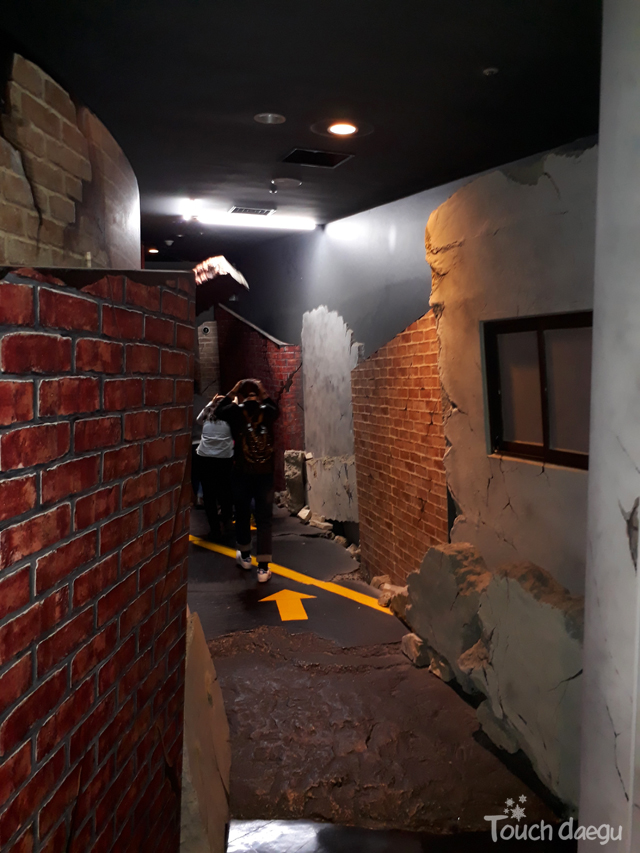 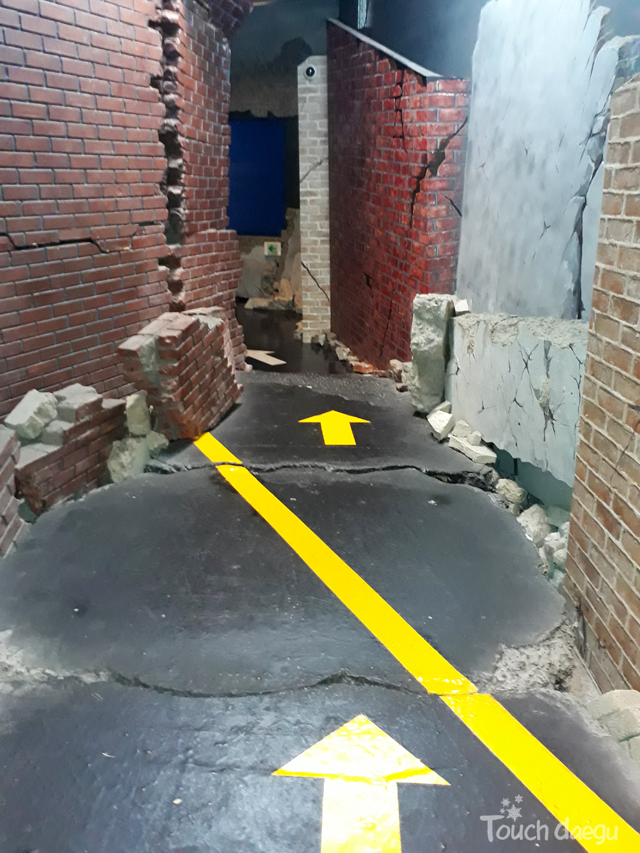 I wanted to say thank you to the other members of our group for being so nice to my family and struggling with the language issues a bit on technical matter.  Daegu is home to some of the nicest people I have met while living here.  Thank you! 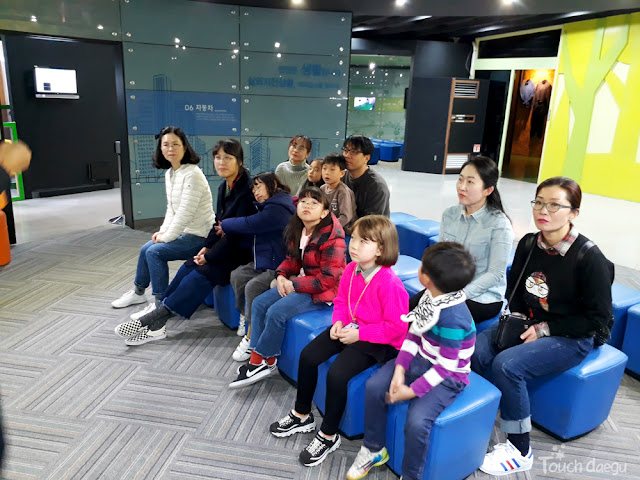 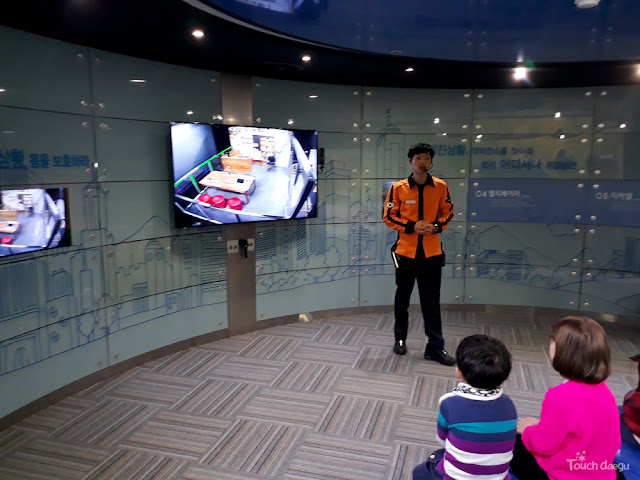 The earthquake safety segment is just one part of the offering at the Daegu Safety Theme Park.  Reservations must be made and the number of people in Building one is limited to 20 people.  Reservations can be made online or over the phone.
www.daegu.go.kr/safe119/index.do
Telephone: (053) 980-7777