In essence, I would not consider myself a sporty type of guy. True, I did play softball for a team in Daegu and have enjoyed the odd game of football(soccer). However, I was taken back when my daughter’s kindergarten offered up a fun event for the parents. 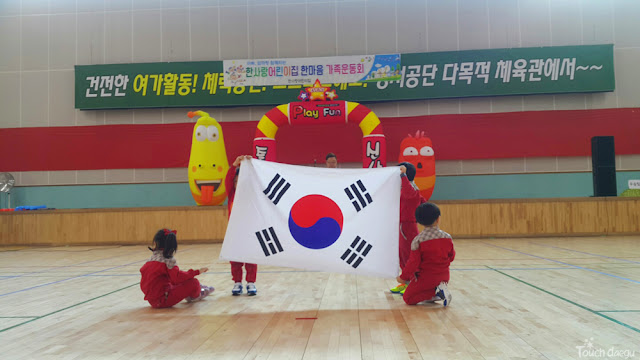 I was excited because it was my first ever time in my life to compete in such an event. I use the word compete, because as soon as I arrived the teams were already split. Blue vs Red. I belonged to the blue team, and before I give away too much. Just know we did well. 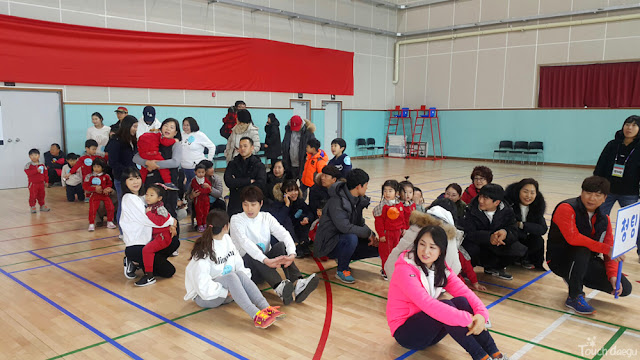 First of all, as a westerner living in Daegu I do not get to socialize with as many Koreans as I would like. Anyway that was all to change after this sports day. I had a lot of fun and as family unit we bonded. It is important to bond as a family and this activity all made it stronger. 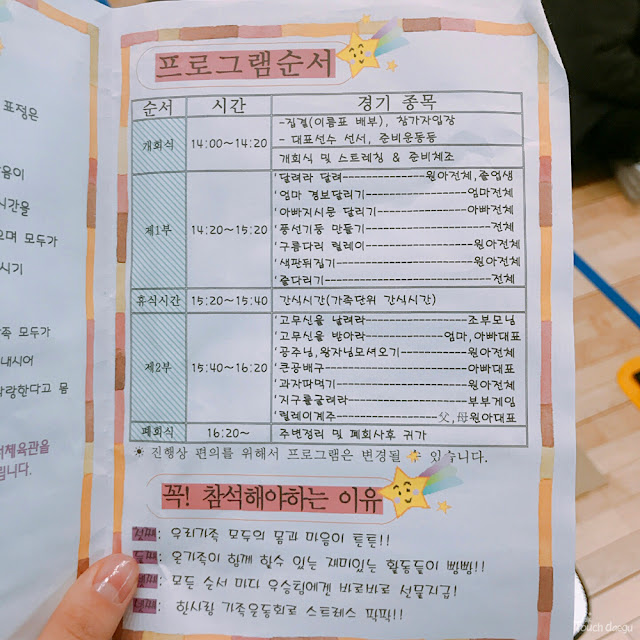 I had a lot of fun, and the event itself was great. I was very touched by everyone and their sincerity towards family values. The sports day even is held once every two years. I hope to compete again come 2019. 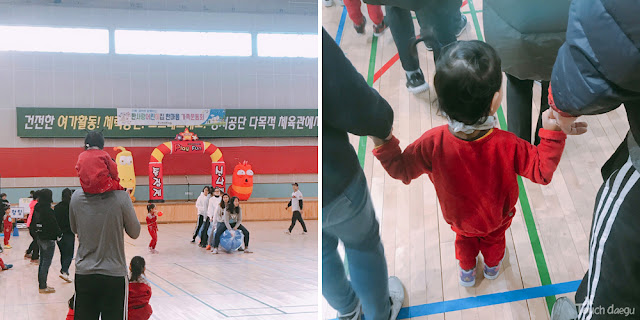 Children at the day care range from 6 months to 7 years of age. Usually day cares are packed and have but a few openings throughout the year. This is mainly due to the fact that parents often want their kids to remain at the same place. As a parent, I totally understand this view point. My daughter was on a waiting list for 5 months, before she was able to attend at the day care we wanted (only a short walk down the road from where we live). There is a pick up and drop off service, but I personally prefer the exercise. 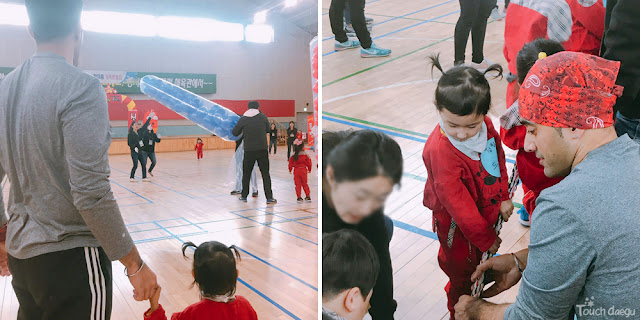 The event was held in a massive sports hall, the day care hired some professional entertainers to host. It started with the national anthem, followed by short warm up runs by the mothers and kids alike. I took part in, short sprint, a tug of war, and a balloon building contest. I didn’t take part in the volleyball contest. I did win the relay race for the team. 300 points took us to 1050 for the blues while the reds were at 450. 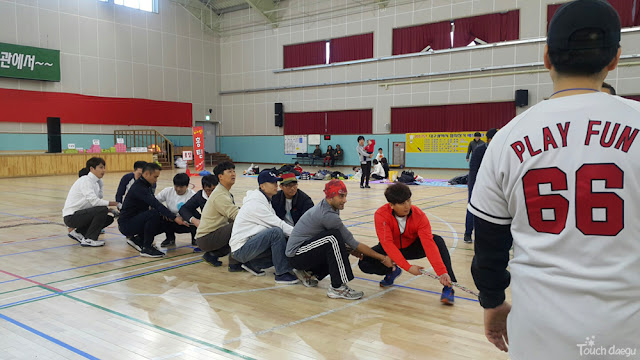 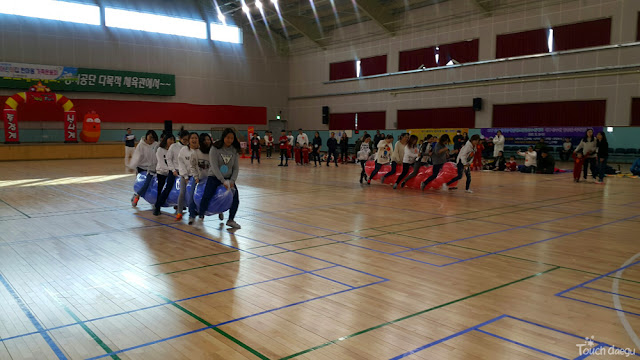 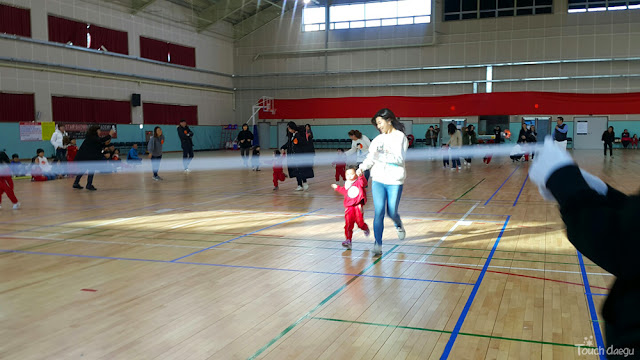 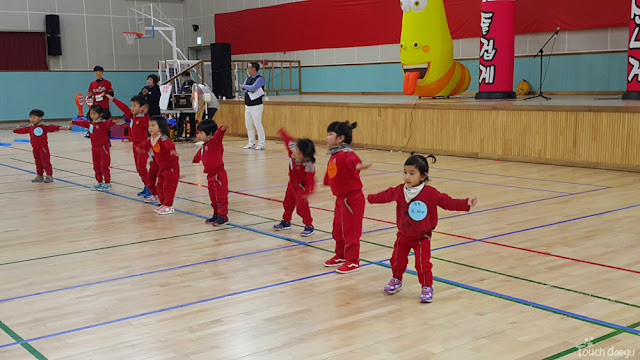 I remember my sports day back in England, and it was not as fun as my daughter sports day. I really loved it and wish you also get to experience something like this in South Korea.

It was an amazing day (as always) and I would recommend something like this again. If you ever have children in South Korea, feel free to shoot me over a message. I would like to give some pointers and guide to new parents.


Blessings and love. Have a great festive time and a great 2018. It has been fun to be reporting for Daegu SNS. Peace.